5 Things Hunters Do Wrong During the Rut

The 2020 whitetail season’s most anticipated stretch — the rut — looms just ahead. It’s when anything in our wildest bowhunting dreams could become reality. Here’s an example.

During a morning hunt several years ago, I was hunkered deep in my camo parka to fight off a chilling November drizzle after a week of fruitless hunting. I hadn’t seen a single deer by 9 a.m. that morning when a hot doe suddenly flew onto the scene with two bucks trailing behind. In less than a minute, all was calm and a bruiser 8-pointer laid at the end of a crimson trail. Yes, that’s how fast things can happen.

However, hunts like the one I just outlined don’t happen merely because it’s November. Some folks constantly refer to the rut as “the time when big bucks get dumb,” but I don’t endorse that. Big bucks are still big bucks, and although their daylight activity certainly increases during November, aside of dumb luck, many things still must align in order to take to punch a tag. Even one minor oversight is all it takes to go home empty-handed.

Below are several mistakes that many hunters make during the rut, season in and season out. Let’s address each one and why it could hold you back from tagging a buck this November. 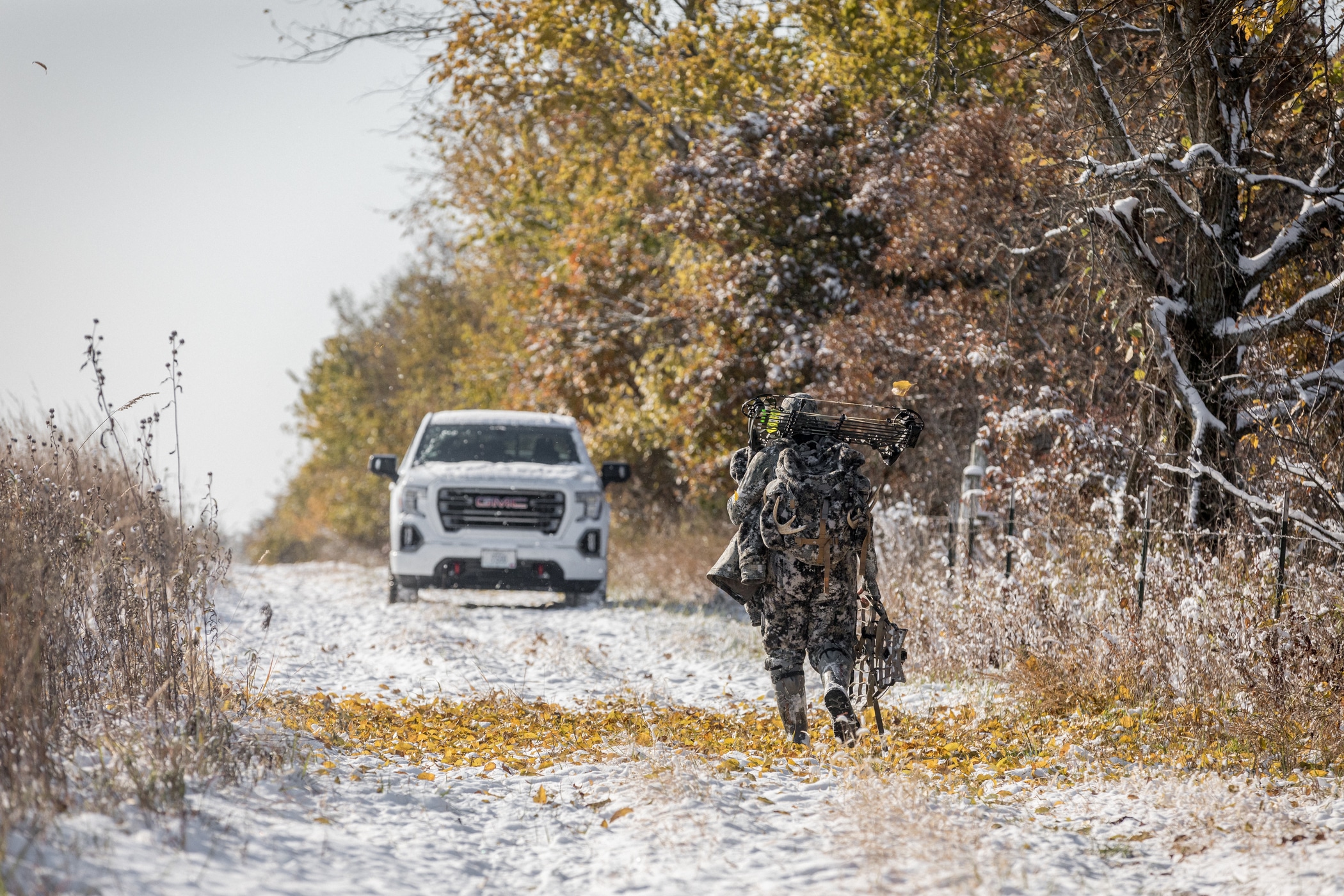 When deer movement is slow and temperatures are cold, hot coffee and the warm confines of a home, cabin or motel room become alluring. And by 10 a.m. or so, the temptation becomes too tough for many to handle. However, some of the most successful rut hunters I know take some of their best bucks between 10 a.m. and 2 p.m. — when the fewest hunters are in the woods.

Unless you’re juggling a work schedule or family matters, buckle down and keep hunting through midday, so long as the wind direction permits and you’re not flirting with frostbite. I think we’d all be surprised to know how many midday bucks we’ve missed by leaving the woods early. 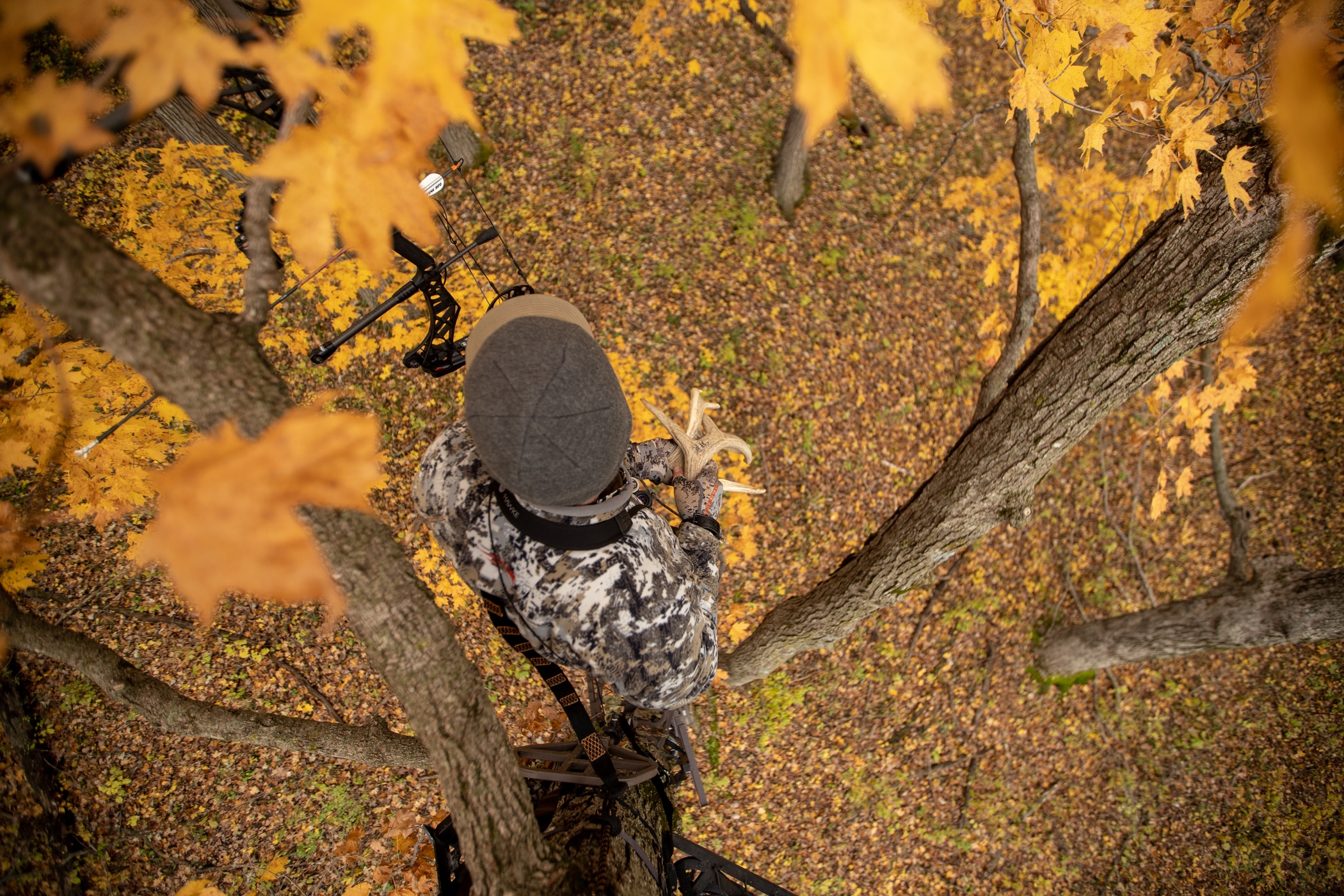 Scrapes and rubs are enticing clues to hunt over, but doing so during the rut isn’t always productive, and I have two reasons why. The first applies specifically to pressured hunting locations. Where are rubs and scrapes typically most visible? Around food-source edges, of course. Many other hunters are likely to key in on all of that sign, too, imposing great pressure to that specific location and causing mature bucks to use the area nocturnally. I’ve proven this to myself over and over by hunting said areas and/or monitoring them with trail cameras. That’s why getting away from food sources, sign or not, can be wise.

Next, hunters often confuse the rut with the pre-rut. I believe hunting buck sign, especially away from field edges, during the pre-rut can be very productive. Before does pop into estrous, bucks are checking scrapes daily, and they’re somewhat predictable from late October through the first few days of November (dates can vary by geographic location). In contrast, during the actual rut — when chasing and then breeding happen — bucks are most concerned with finding does, often putting on miles and venturing out from their summer and early-fall territories.

For those reasons, I virtually disregard buck sign once the rut heats up and instead look for funnels and pinch points where bucks are likely to cruise through during daylight as they travel between doe bedding areas. I learned this from friend and fellow writer Bernie Barringer. I’d spent many seasons hunting over buck sign with mixed results, and during a November hunt, Barringer told me over the phone to hunt terrain, not sign. The very next morning, I killed my largest whitetail, a 150-inch public-land buck, from a stand that I’d hung prior to the phone call in a funnel with zero buck sign. My hopes had been quite low when I hung it, but that hunt made me a believer.

If buck sign is present in funnels and pinch points, great! If not, don’t become too concerned. Remember, bucks venture out from the places they’ve been living during this point in the season, and if your funnel connects doe bedding areas or at least feeding and bedding areas, it should be only a matter of time before something interesting happens.

If you’ve watched hunting DVDs or hunting shows, you’ve probably seen hunters rattle and grunt very aggressively with great results. It’s tempting to do when deer movement is slow or nonexistent. Now, it can work, especially on managed properties. But, on public lands, calling too often and too aggressively can educate deer. Why? Because countless other hunters are out there doing the same thing. They get bored and rattle every half an hour.

If you rattle or grunt, try to make it believable and realistic. Start with a brief sparring sequence rather than a to-the-death fight. When hunting pressured deer during the rut, I’ve found that less is usually more when calling blindly. I say that based on nearly 20 years of experimenting with different types of calling sequences. 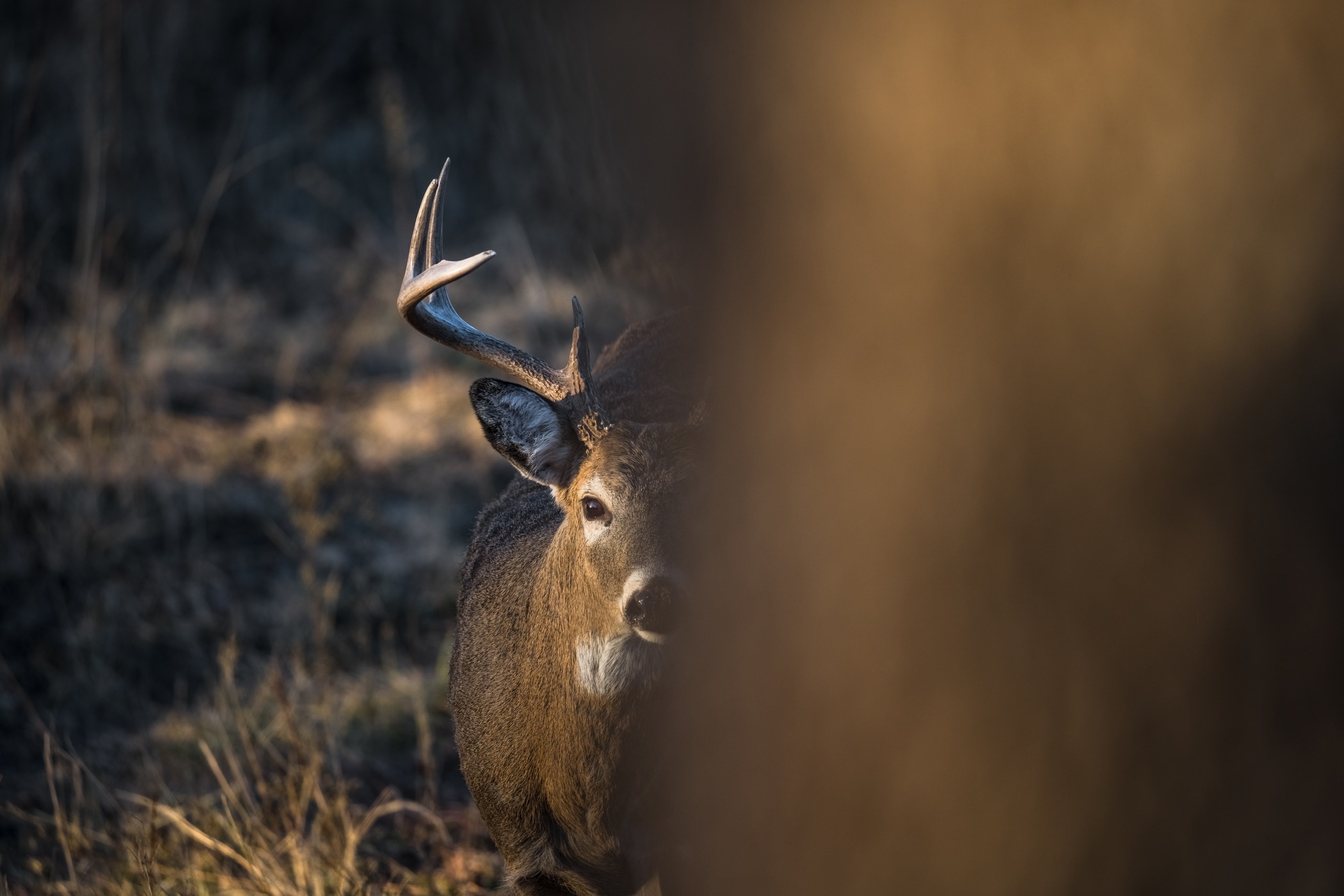 4. Rely Too Much on Camera Data

Trail cameras are very beneficial tools, and most hunters use them to one degree or another. However, I believe they can also be used to make poor hunting choices. A trail camera can’t cover the entire area around your stand. Just because a buck walked through at midnight one day doesn’t mean he won’t walk behind the camera the following morning in daylight. Really, during the rut, you have to hunt to know what’s happening in the woods. Rely less on your cameras and more on hunting as much as possible, obviously while being mindful of the wind.

5. Take a Break During Lockdown

The period of the rut known as lockdown can be one of the most frustrating times to hunt. Often, the only deer you’ll see from your stands during this window are young bucks and fawns. A few all-day sits of this, and discouragement will likely set in. Taking a break sounds wise, but is it?

Instead, consider shifting tactics. A big buck will often hold down with a hot doe in an unlikely place as he waits to breed. I’ve seen them in the wide open, in sumac patches along roads or even in tall grass or thickets less than 100 yards from parking areas on public lands. No, locked-down bucks likely won’t make it to your treestand, but they can be had right where they’re at. The secret is in finding them and going in for the kill. It might be somewhat out of your comfort zone, but people do it constantly with mule deer, and it’s increasing in popularity among whitetail hunters, too. Plus, I can attest that it works.

I killed my last whitetail in an Iowa thicket less than 200 yards from a road. My treestands were dead, so my wife and I changed up tactics. We followed a squirrelly doe we’d spotted from the road into a thicket. While creeping along, we bumped her, and shortly after, we spotted a buck and made a few grunts.

Minutes later, I arrowed him from 15 yards on the ground with very little cover, my wife kneeling beside me. I believe that buck was holding the doe in that thicket because there were no trees large enough to hang a stand in, thus, it’s a place most hunters overlook. In other words, the buck didn’t expect any hunters to be in there.

I don’t know everything about hunting the rut. But, I’m a student of rutting whitetails and have drawn some beliefs from nearly 20 years of hunting them that have led me to compile the list of five mistakes we’ve just reviewed. I believe your chances this November will be far better if you avoid them.

The Guide to Spring Black Bear

A terrain-based approach to ambushing whitetails in western Illinois.

A guide to lethal arrow placement