Whether your bow season begins early or not, the annual build-up of hunting adrenaline amps towards rutting buck levels by the end of October.

While being patient is a huge benefit for ultimately hanging your tag on a monster, it is tough to practice!

Combining major October cold fronts with the change of Fall foliage and an explosion of fresh buck sign, has a habit of luring us to our favorite treestands before they have ripened with opportunity. This is especially true when it comes to figuring out exactly when to head to the first morning sit of the entire bow season. 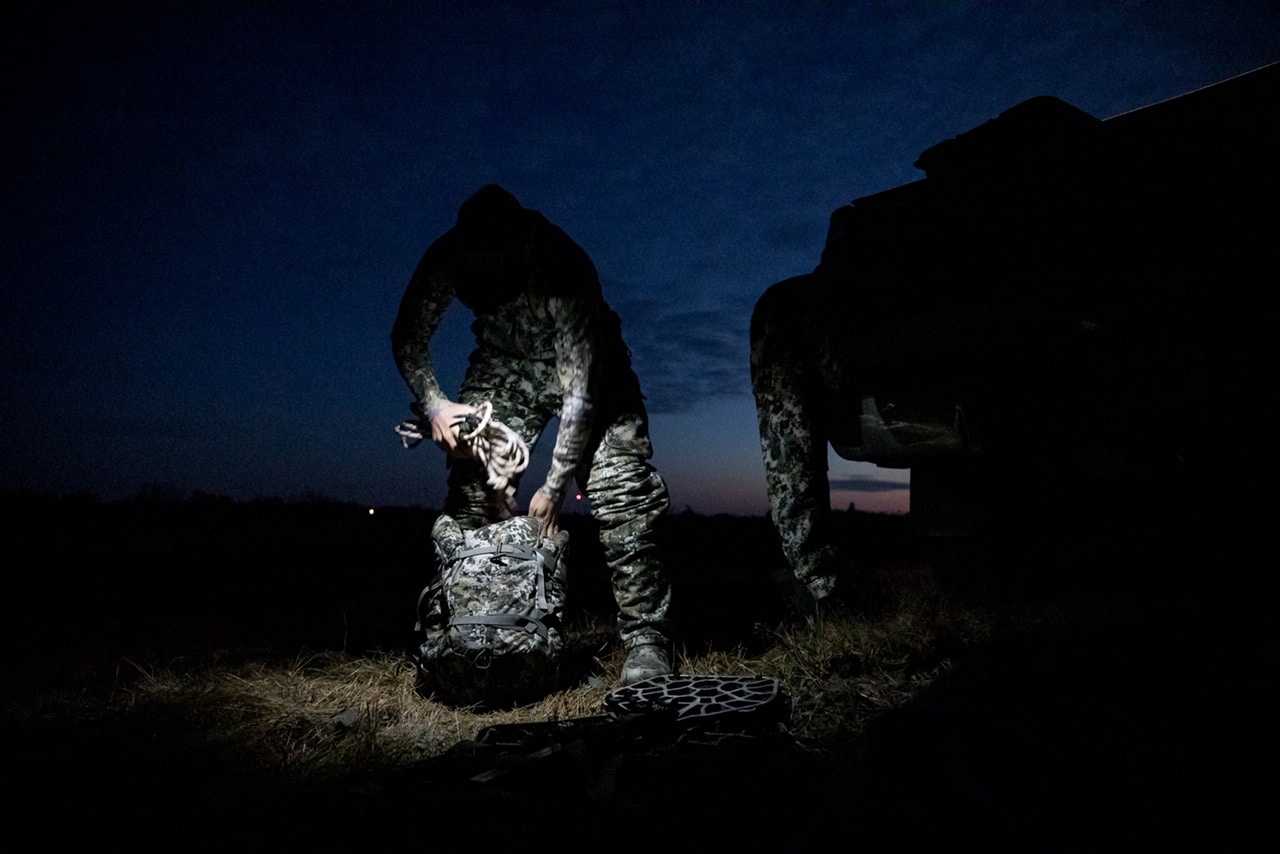 2018 was another season in which I arrowed a mature buck during a morning sit. In fact, it was one of over 30 morning archery mature buck opportunities dating back to 1987. When you combine gun season morning opportunities, the combined number climbs to over 50 bucks before noon, including another muzzleloader buck in 2018.

While a large majority of my personal buck harvests have occurred during a morning sit, you can never be too cautious when determining exactly when to climb into a morning stand location. The number of high-quality daybreak sit opportunities that are destroyed days or weeks before their time has got to be one of the greatest hunting losses throughout the entire bow season in every whitetail state in the country. Effectively calculating why, when, and where to practice your first morning sits of the year, in my experience, can be one of your greatest annual assets for consistently arrowing the best bucks in the neighborhood. If you are you are experiencing a tough time deciding when to climb into a pre-dawn stand location this bow season, then follow along because the time is quickly approaching! 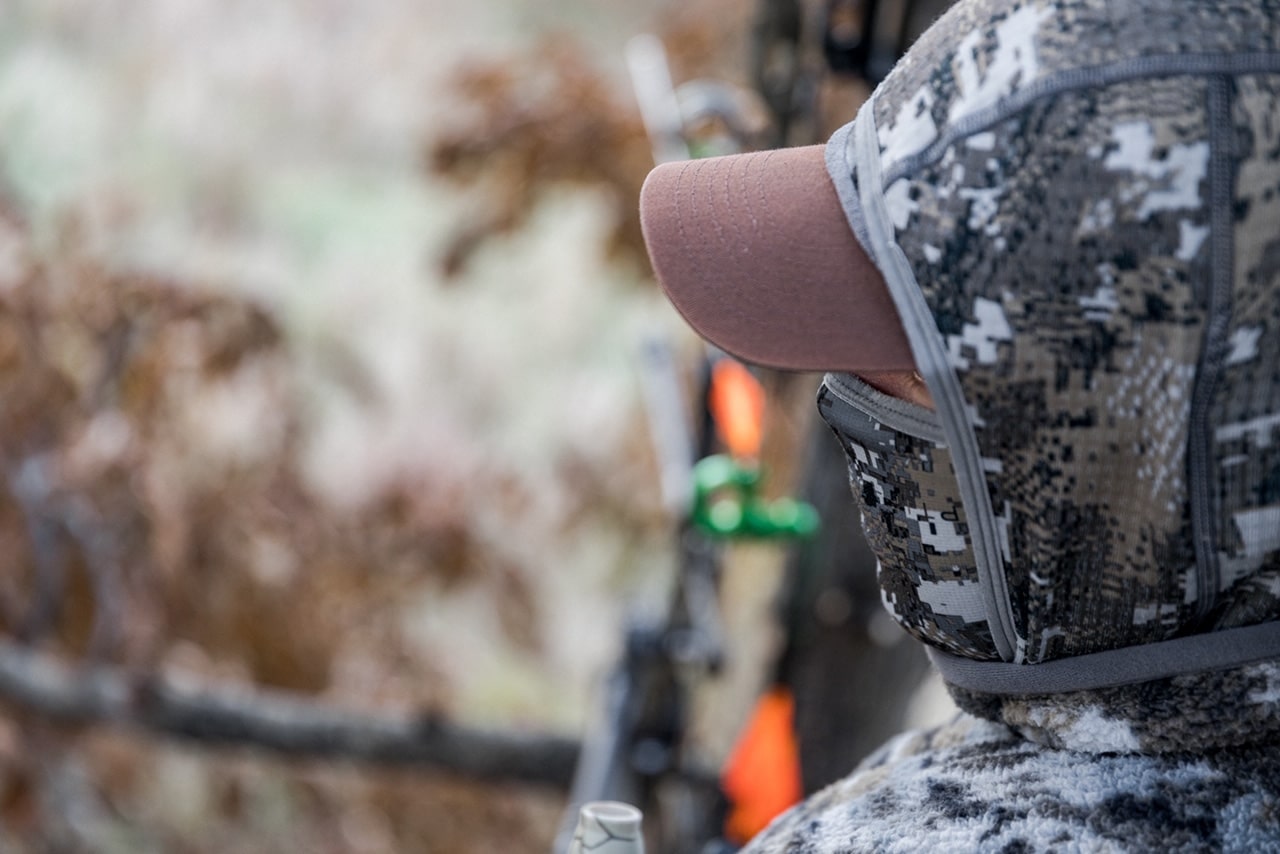 It’s not uncommon for a mature buck to spend the bulk of daylight hours for the majority of the hunting season within the comfort of his favorite, remote bedding area(s). While lazily spending the daylight hours away from doe family groups, human intrusion and younger bucks, scientific studies, and personal experience reveal that a mature buck moves very little during daylight, during the hunting season.

The best morning stand locations are typically adjacent to bedding areas, and not near large, afternoon destination food sources.

When hunters force the use of solid morning stand locations, they often enter those stands near where mature bucks are already bedded, or alongside and across morning travel routes that lead directly to bedding areas. It only takes one time for a mature buck to smell, hear, or see a hunter during his highly defined early morning bedding travel routes, before he will find a less risky bedding location somewhere else. 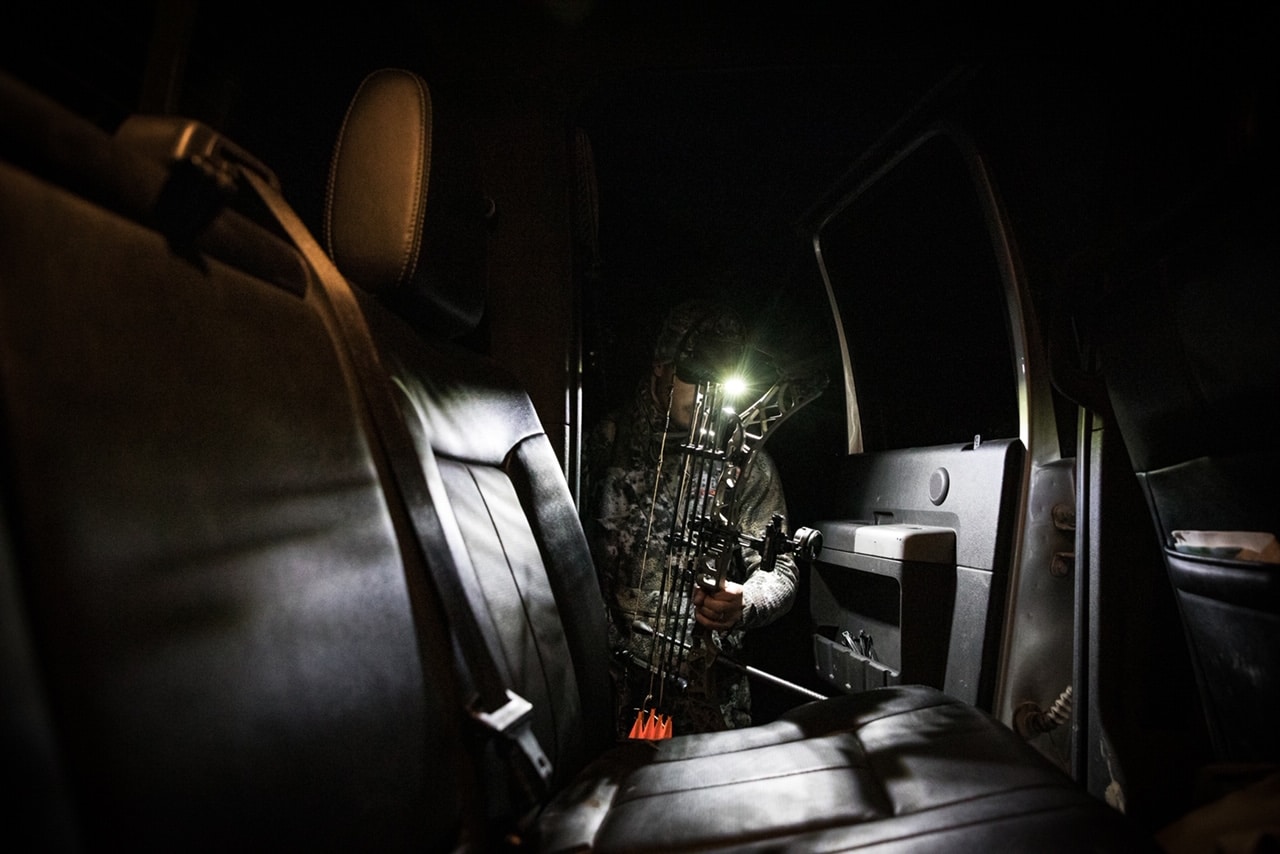 Taking a chance on a morning stand can sometimes be an effectively calculated risk near bedding areas within small public land tracts and in some of the low-pressure “big bucks” deer states. However, for the majority of hunters, patience is key while recognizing that consistent mature buck success often comes from the approach that the season is more of a marathon than a sprint. You can’t afford to push into a morning stand location too soon, because some of the best mature buck slam dunk sits await hunters who have been patient all year for the perfect time to enter a morning treestand. When morning sits take place too early, the high potential of subsequent sit opportunities may become non-existent due to the untimely addition of unnecessary hunting pressure that quickly educates any mature bucks within the location.

WHEN It Is Time to Head To A Morning Treestand, You Can’t Miss Out

The high potential, can’t-miss morning treestand sit opportunities begin with the pre-rut and extend through the peak and post-rut periods. In most Midwest locations the pre-rut begins during the last 10 days of October, depending on the presence of mature bucks or not. While a neighbor that does not have mature bucks frequenting their lands during October may not fully experience the pre-rut, you can bet that if you have mature bucks on your land, there will be an explosion of morning buck activity. Here are my top five times to head to a morning stand location: 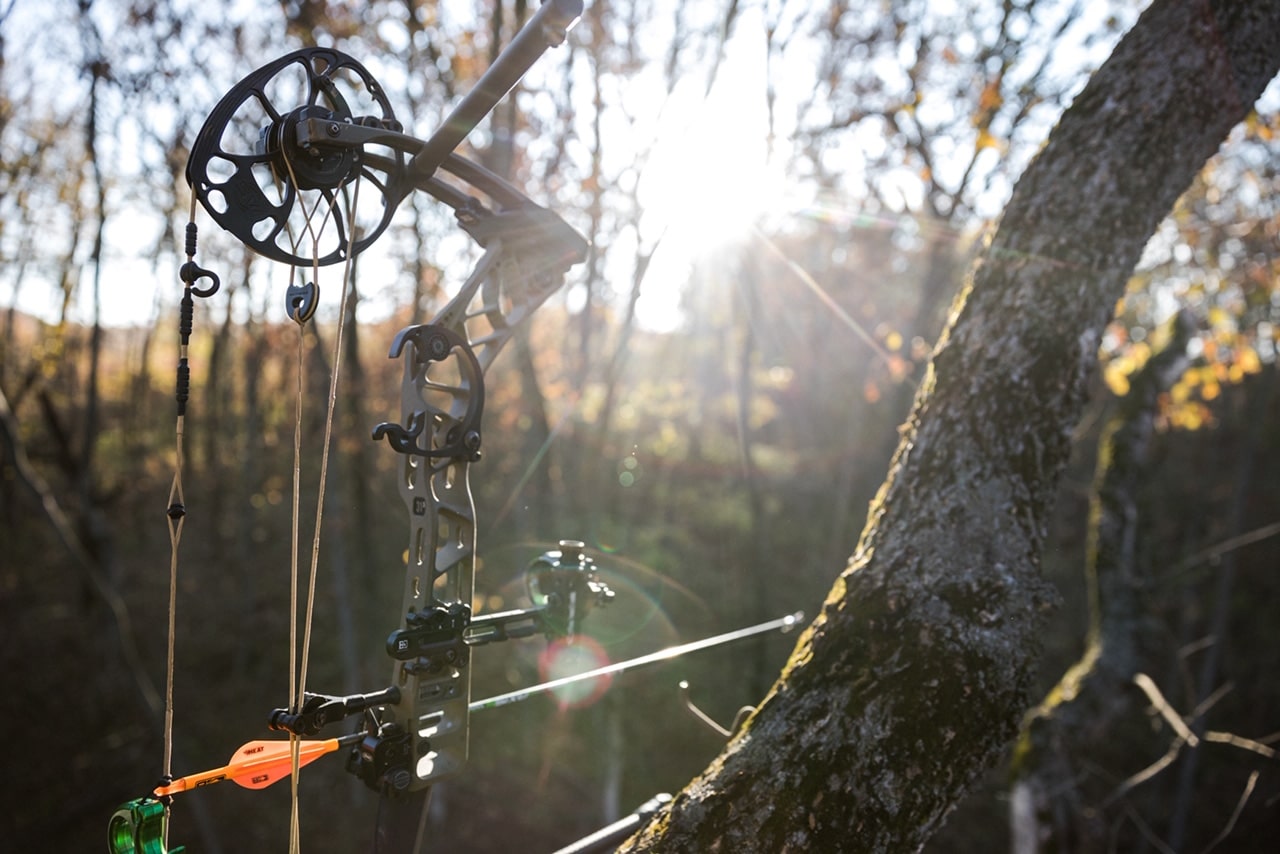 However, just because you are experiencing mature bucks on your land during any portions of those top five morning sit opportunities, does not mean that a morning sit is appropriate. Once you have narrowed down the correct period of time to head to a daybreak treestand, just one high-value weather day can be worth weeks of poor weather days. This is where patience, again, is a hunting virtue. I focus purely on opportunities where daytime highs and morning lows are 8-10 degrees cooler than the day before, after the extremities of weather have subsided, including: Excessive winds, pouring rain, driving snow, thunder, lightning, or any possible nasty combination any of the weather extremities. During late October, it’s hard to beat a morning when the temperatures first fall below freezing. There are only a dozen or so truly outstanding weather days to hunt over the course of the first two months of the season. I have experienced that while you can shoot a monster any day of the season, just a handful of high-quality days account for the majority of all buck kills.

There ARE 3 Prime Morning Stand Locations WHERE You Should Bowhunt

Zeroing in on a prime day during the best portions of the season to watch the sun rise from your favorite treestand is one thing, but I have experienced three incredibly hot locations where mature bucks can be counted, for morning daylight movement:

As a general rule, the best morning stand locations relate to bedding areas in some way.

This makes accessing a morning stand during the afternoon hours very difficult. Also, while a great morning bedding-related stand can be outstanding to hunt before mid-day, the closer the day winds down to dark, the more you can count on deer to be moving away from that same position instead of towards the location. 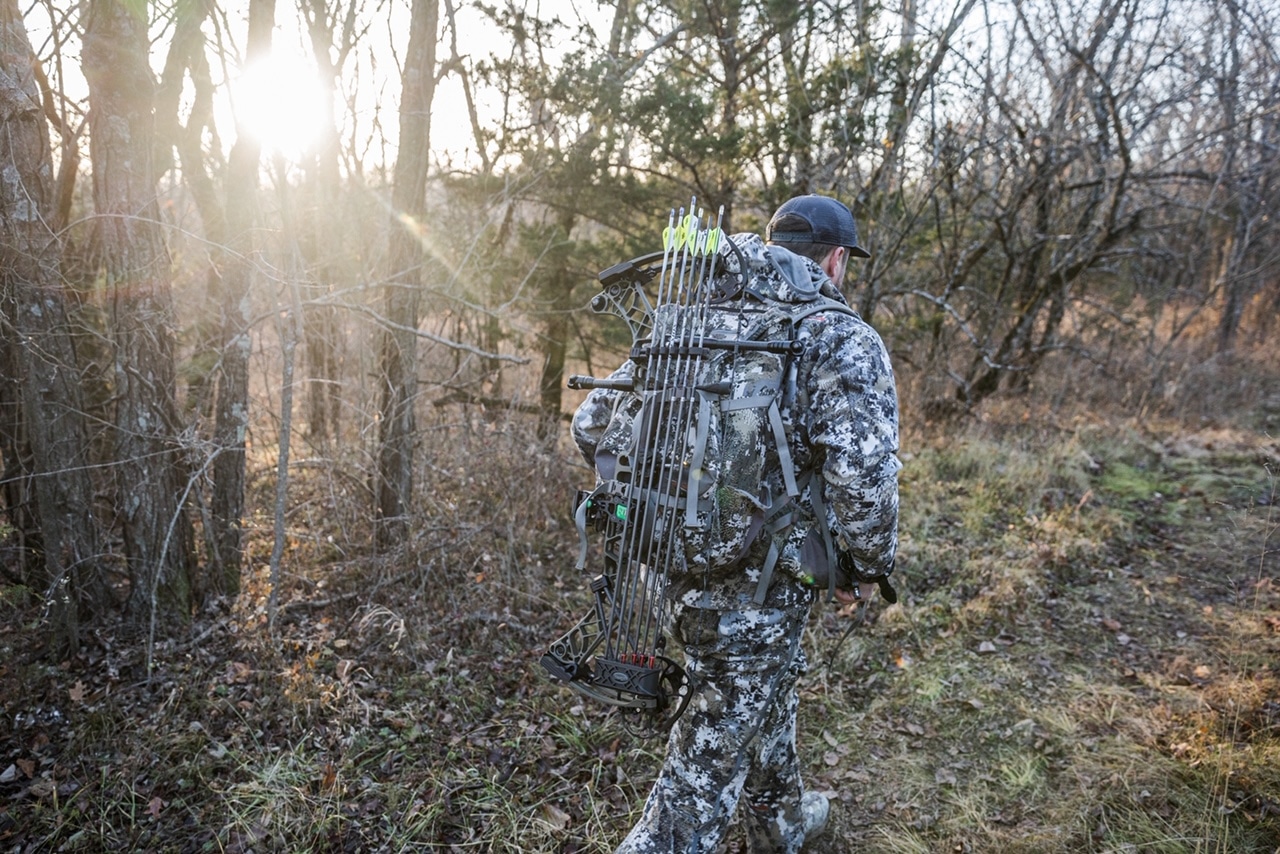 In my experience through decades of trail cam and hunt observations, mature bucks move several times more during the morning hours within the top five portions of the season to head to a morning stand than during the afternoon hours. However, even during the best times of the season to hunt, practicing patience is critical to a consistent level of success. Last year, my hunting buddy Rich and I shot four bucks from two morning stands, in the only two times we each headed to those treestands to hunt. In fact, the majority of my morning mature buck hunts were experienced the first time using a particular stand location for the entire season.

As the season draws closer to the end of the October, finding the best weather day to hunt in your local forecast and heading to a morning stand location that hasn’t been hunted all season, can create what I refer to as a “40% sit opportunity.” Are you ready? Have any of your prematurely burned out morning sit opportunities? The season is a month old as I write this and with temps forecasted below freezing, calm winds and a date of October 14th, I am heading out for my first morning sit. I’m not sure if this is actually a 40% sit opportunity but it will be darn close, and I can’t wait!

Out-of-state whitetail hunting is becoming more popular every year – here’s how to get in on the action when you’re on a budget.

“It was another great weekend for our team,” stated Mathews Pro Staff Manager Derek Phillips.

Team Shooter Adam Foss walks through 7 ways to keep your head in the game this fall.