From the moment I walked into this closet space we’d soon call our next home, ideas for a man-cave-meets-bow-shop became my top priority.

The goal was to somehow build a range in our basement with a workbench area, and a place to store all my hunting equipment and gear. The endeavor was complicated at best, life-endangering at worst, so I had to treat it like a research project. There were a lot of structural questions on whether or not we would cave in our new homes’ foundation for the range.  I couldn’t find any inspirations online to model the construction, so this was going to have to be 100% imagination.

When all the concerns for the foundation’s integrity got a green light, creativity and improvisation kicked in.  I knew our grounds’ soil was lacking density so settling was the next major concern.  Once I made sure the trench would be dug deep enough to support a solid 18 inch base of 1.5 inch road mix gravel, leveled and compacted tightly, we ran the trench in at 5 feet x 42 feet along the load-bearing, eastern foundation wall. 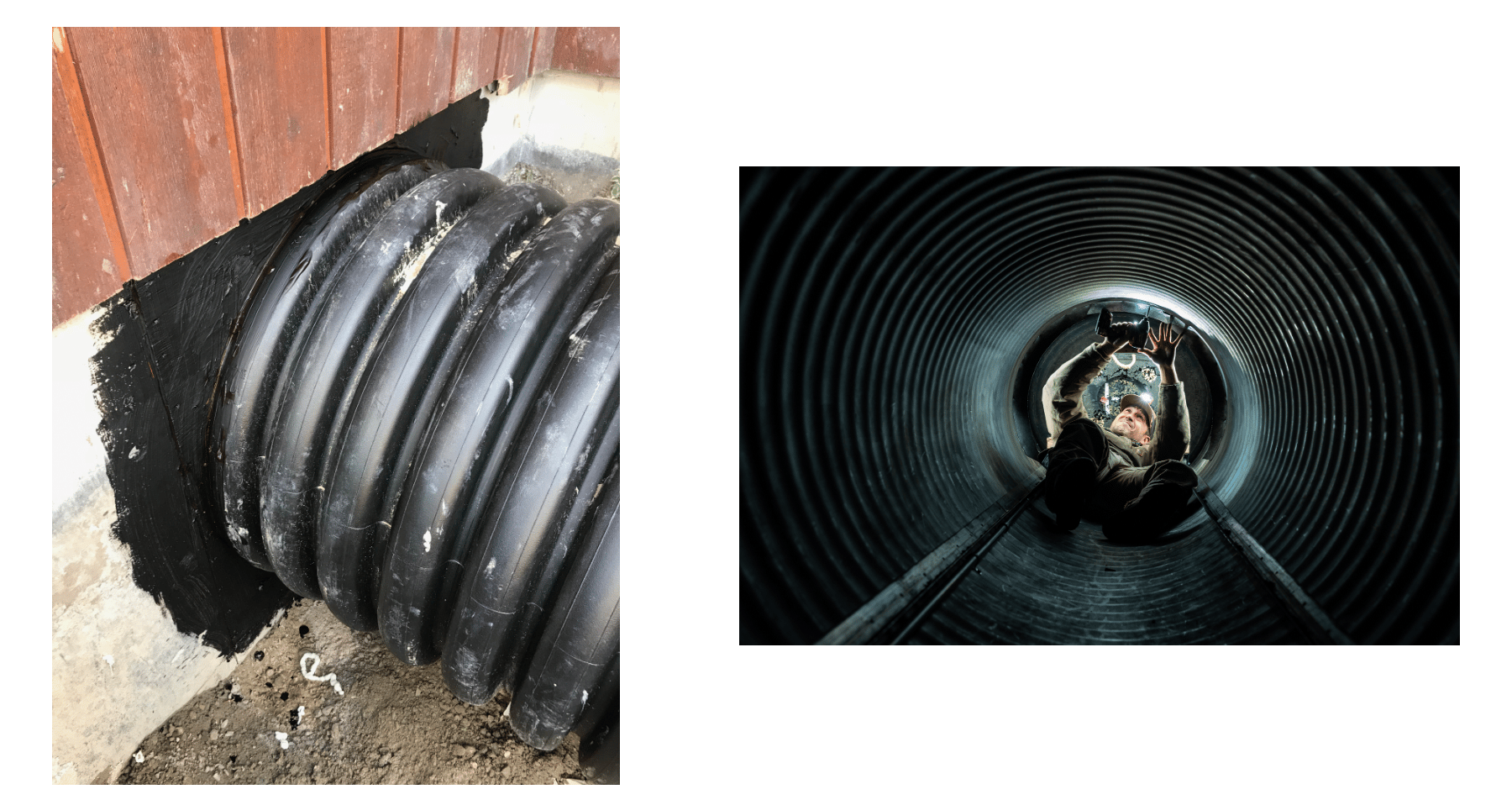 Next was to egress a 44” square hole in the 8” foundation wall.  We learned our intended location wasn’t a load-bearing wall but trust me, it’s still nerve-racking to cut a giant square out of your foundation!

I used two 20 foot sections of 36” plastic corrugated drainage pipe for integral longevity and weatherproofing – this isn’t something I wanted to replace in 10 years!  Then we framed in our foundation walls, dropped in and connected the two sections of pipe, leveled them out and got to sealing up our gaps with insulation and 1/2” treated plywood.  36” of diameter isn’t a lot of space for me to work in, but we still had a track system to install.

I figured I have roughly 4 hours of time crouched inside that pipe, at moments wondering how much I love archery.

The end result proved to be completely worth the effort.  Once we had the pipe laid out on its own solid foundation, I got busy securing it to the wall, insulating and weather-proofing any gaps as well as covering the pipe which would serve as a raised plant bed the following Spring. 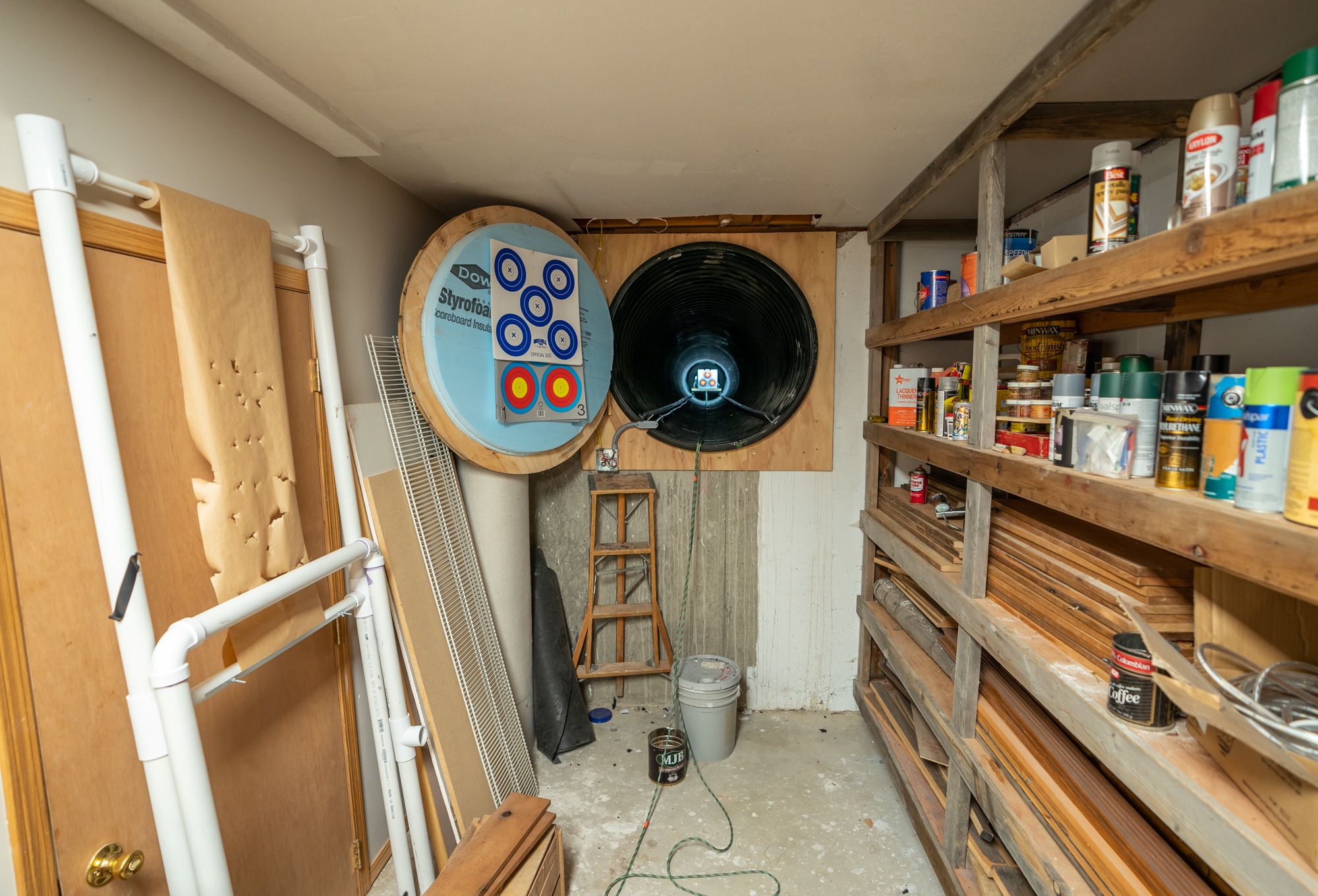 The track system is made up of 1/4” angle iron running parallel to each other, which would host the dollies and target platform for a rope pulley retrieval.  A 36” semi-trailer tire was installed as a backstop for any misguided arrows.  I used a Sawzall to cut it in half for some flexibility but still had to soap down the entire 40’ of pipe and crawl/kick it down to the end; poor planning cost me some grief on that one!

Lighting the tube was a classic trial and error process.  I found flexible LED rope lighting to be the best method but played around with several different ways from segments to running to the entire length but settled on a 3/4 horseshoe configuration a foot in front of the targets resting location. The light was too distracting at first no matter how I placed it, I eventually installed a heavy rubber flange that directed all the light to the target area which was critical. It’s so rewarding when you’re improvising a game plan and break-throughs happen and this rubber flange was one of them! 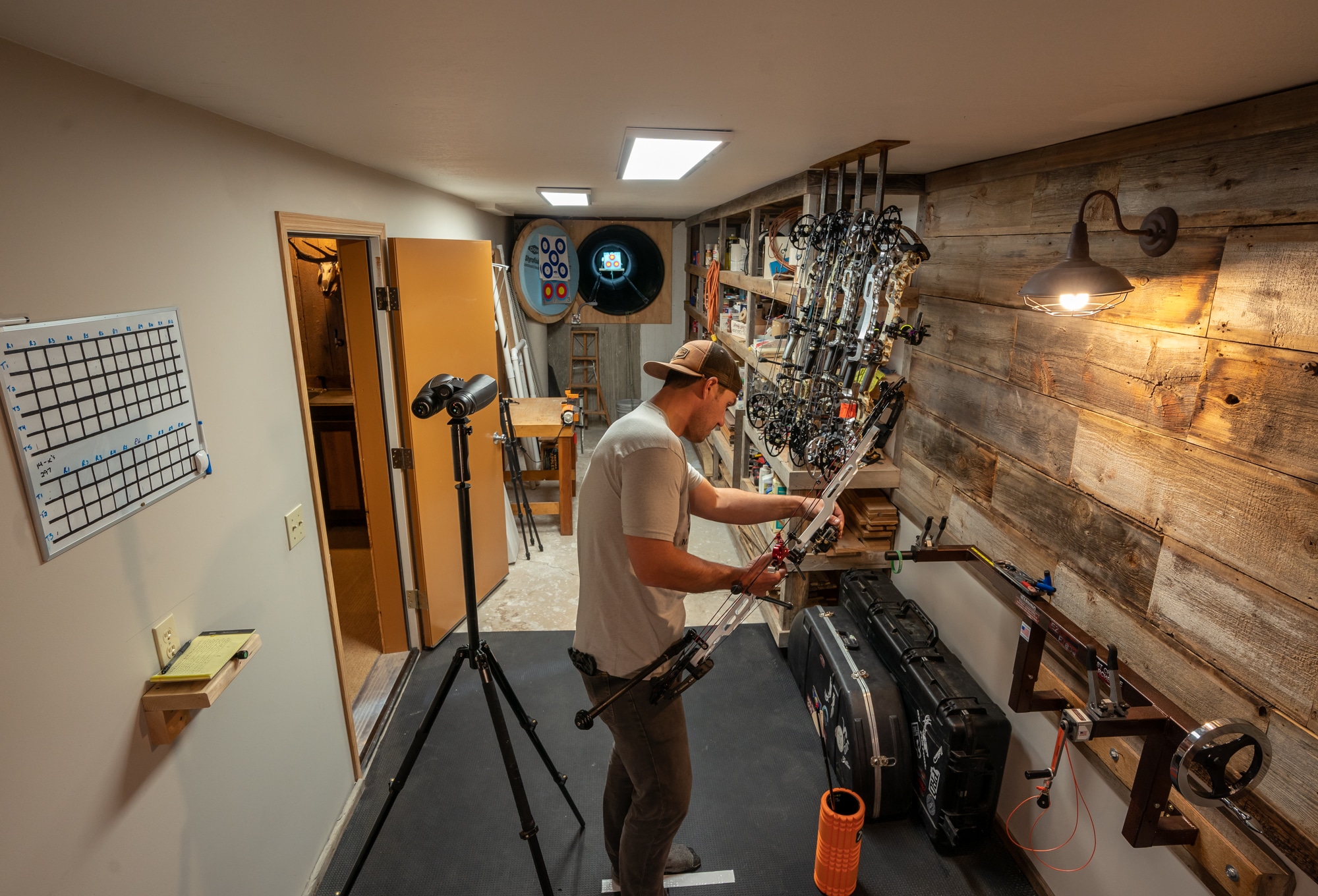 The range was built with a max range of 20 yards.  Great for tuning and spot target archery, which I had no greater excuse to dive into.  Black holes of discovering new knowledge in target archery and fine-tuning my hunting bows keep my mind off a long winter.  So far, spot target archery has been extremely humbling.  One shot outside the 10 ring and it’s over.”

The Ultimate Guide to Bow Stabilizers

Check out the 2019 Mathews Annual.