A familiar chill hangs in the air just a little longer each morning and arrives earlier in the evening now. As hunters, we’re itching for those incredible October sits, so full of potential as big deer are spending more time on their feet.

Terry Drury, of Drury Outdoors, is no exception. He’s more ready than ever to get in the field and has a few tips to help you capitalize and some of the best opportunities October has to offer in the whitetail woods.

Because so much is changing so rapidly in October, Terry encourages deer hunters to keep their heads on a swivel. “By October, we’ve transitioned many of our cameras to scrapes. Bucks and does are curious as to who’s in the area and eager to make their own presence known. They’re hitting those primary year-round scrapes more frequently and opening up new ones. You’ve got to watch your intrusion, but checking those cameras is critical for getting a lead on a daylighting deer.” It’s very likely those cameras will be snapping more pictures when those cold fronts come sweeping through.

He continued, “It’s not enough to say, ‘Hunt a cold front.’ Not all cold fronts are created equally, and there are nuances within each. Too much of a departure from the average temp can prove to be a shock and almost lock the deer down momentarily.  What’s the cloud cover like with this front? What’s the moon doing? Deer are complex animals and multiple factors combine to drive their behavior. Cold fronts in October can be killer, but they’re all unique and you can’t hunt them the same. 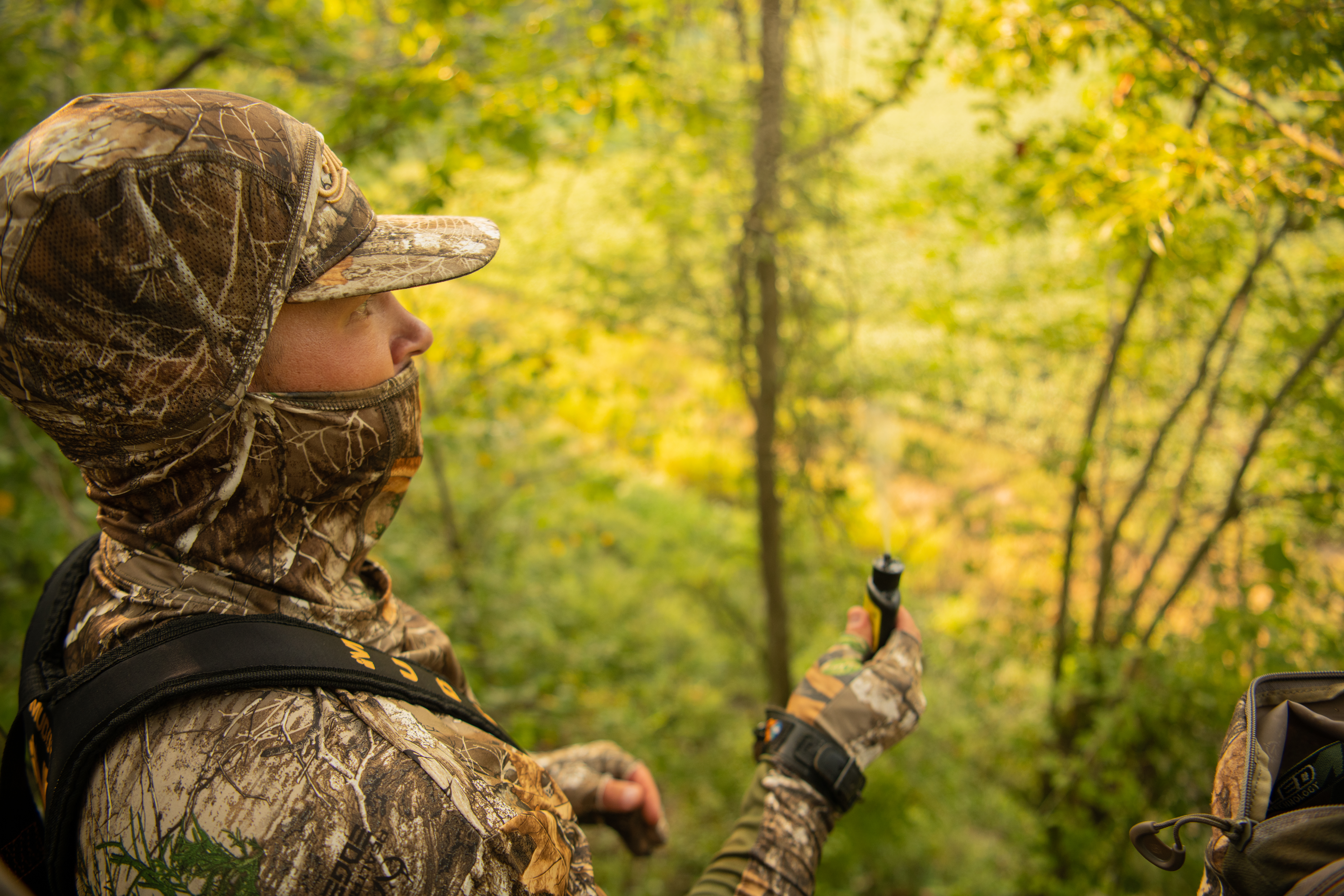 Understanding the Ways of the Wind

It’s no secret that whitetails live and die by their noses, making wind a critical component in encountering deer. But over the years, Terry’s experience is that wind can be more complex than its predicted direction.

“You may climb up into a treestand and think you have a southwest wind, but because of the foliage still present in October, you might get a wrap-around effect or an over-the-top effect. You may want to do an inventory of how many stands you have and check them against your Wind Check feature in DeerCast to be sure of any factors working against your hunting position.”

We’ve all been busted by deer who we thought were upwind of us, leaving us frustrated and second guessing ourselves when it’s time to sit in that location again. Thermals, topography, and even as Terry notes, seasonal foliage, play a role in the way the wind interacts with our scent.

His solution? “Well, good luck trying to change the wind. That’ll never happen. Instead, focus on hanging alternative sets so you have options and aren’t forced or tempted to hunt the wrong stands on the wrong wind. Especially if you’re a visual person, mark those sets down in your map so you can literally see where your best options are.” 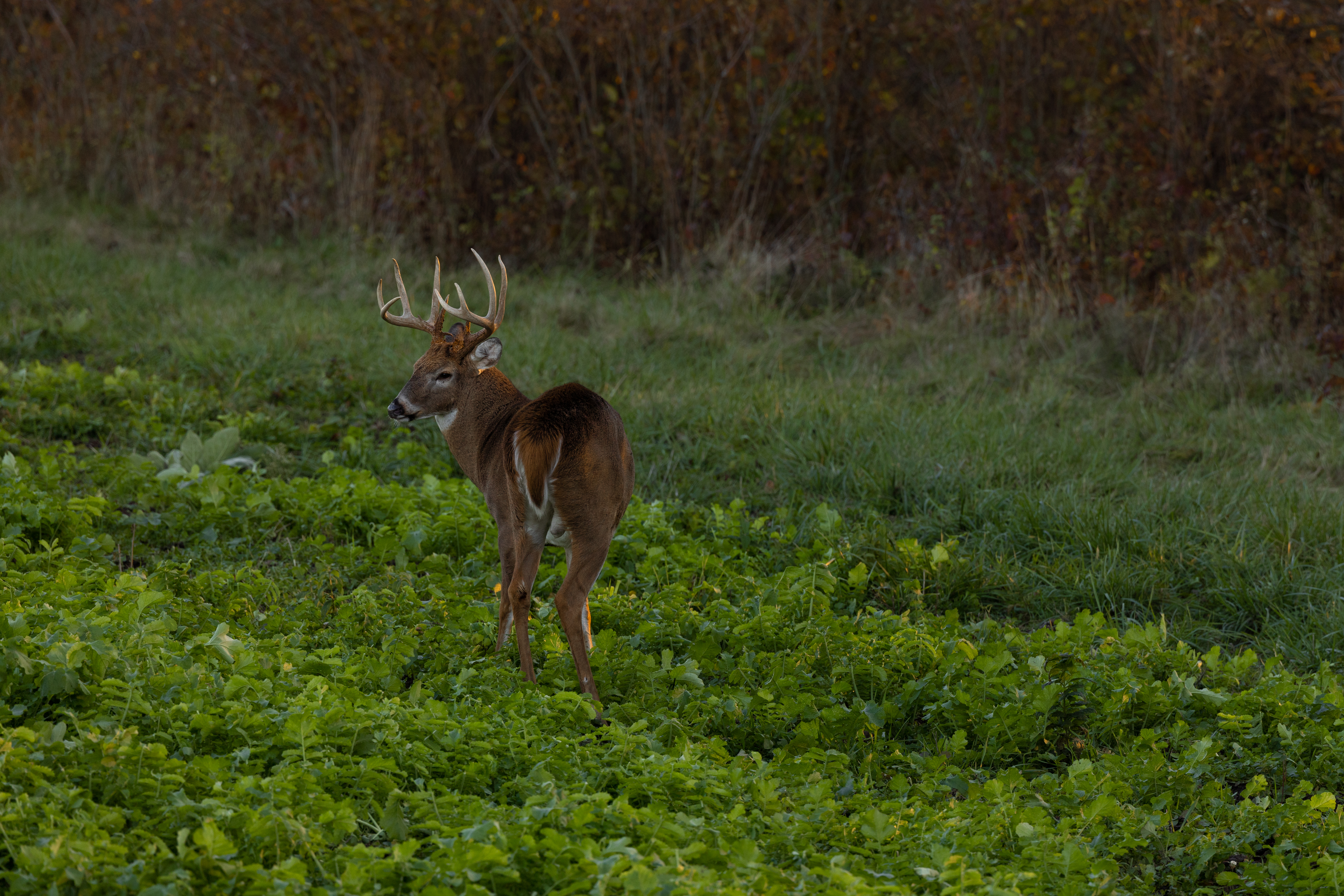 Flipping the Script on Whitetails

“One of the major keys to our success in October is that we flipped the script on whitetails. Instead of chasing them, we learned how to bring them to us with better food plot practices,” Terry stated.

He went on to say, “Too many guys are intimidated by food plots. Yeah, there is a science to it, and brother Mark and I have learned a lot over the years, but the best thing you can do is to just get started! Especially in areas where food plots are not the norm, you’d be amazed what even a mildly successful plot can do. Sometimes, the mere fact that you have something different growing than what’s on the neighboring ground is enough to bring them in.”

Regarding the logistics of starting, Terry offered, “Start with a soil test. That’ll tell you what your soil needs to get to that neutral pH. Then, measure out your plot so you know how much area you need to treat. We built the Plot/Area Tool in DeerCast exactly for this purpose. Then you’ll have all the info you need to get just the right amount of chemicals and avoid the risk of overbuying.”

However, a food plot alone isn’t enough for success. You also have to find a way to get them into bow range. Terry suggests doing that by using a method called “feeding them forward.” Terry explains, “Instead of hanging a set where they typically come out, hang your set where they are heading to as they feed forward through a field or food plot”.

October is a time of transition. As bean fields begin to yellow and defoliate, a lush, green food plot will flip the script on your hunt, bringing the deer to you. Terry refers to this as the “green-to-green transfer”. Providing deer an option to replace their previous green food source is a lights-out strategy. If you don’t have food plots currently, make a plan now to have them for the following year. You’ll be thanking yourself next season!

We’re all crazy about the pursuit of whitetail hunting. That drive is what pushes us to put in the work required to kill a mature buck, especially when it’s a high-potential month like October. However, it’s important to step back and remember that hunting is supposed to be fun.

“Whitetails are life for me. But over the years, I’ve seen that passion causes some hunters to miss out on the sheer fun or camaraderie of the hunt. In your quest for that animal, just don’t lose sight of the adventure of the experience, or the joy of seeing your friend’s success. October can be a crazy time for a deer hunter and it’s so important we keep our priorities straight. Deer hunting should be fun,” Terry explains.

He continued, “One of our favorite things now is seeing new hunters post up their first kills on Fan Shares in DeerCast. It’s just like the old braggin’ board back when we used to have deer check-in stations. People are so proud of their successes and truly, score just doesn’t matter. If that deer puts a smile on your face and a thumping in your chest, then it’s a real trophy.” 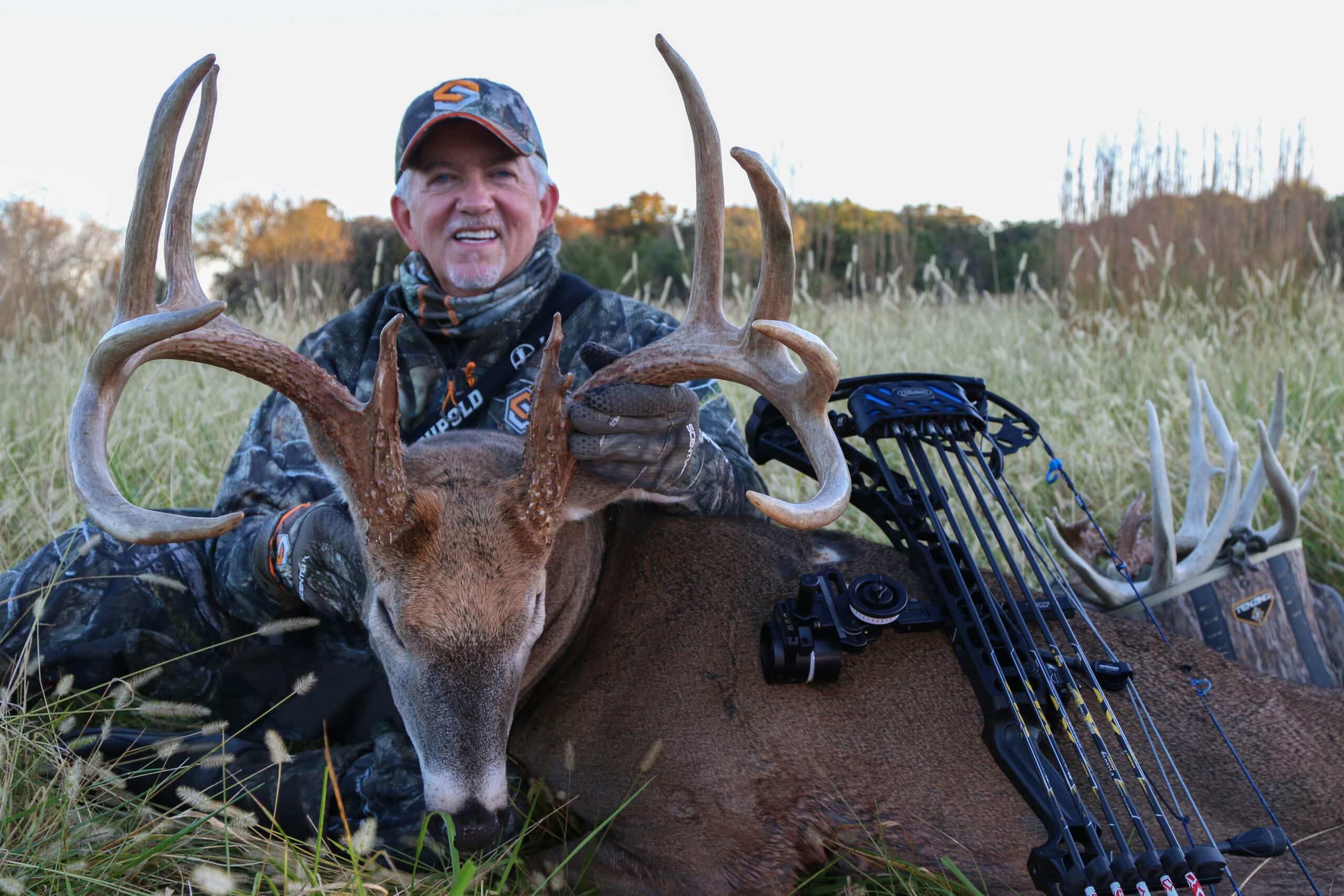 As bowhunters, we’ve waited all year for the month of October. It’s finally go time. Play the wind. Focus on food. Blood trail with a plan. Remember to enjoy your hunts! It’s a tried-and-true philosophy that has Terry Drury sitting behind great deer every year. Now, it’s your turn to have a killer October!

To learn more about DeerCast and how it can help you have a successful October, click here.

Check out our 5 tips to fight off the final months of winter.