Giving a Montanan a reason to step out for a week in the middle of a six-month winter is like asking the porch hound to come in and sit next to the fire.  I’ve experienced enough Montana winters to intuitively gravitate to warm, distant climates come early rifle season.  This winter’s trip to bowhunt Hawaii was inspired by a good friend on his return from the same trip the previous year.  We ate Axis backstraps over stories of the final stalk – the kind that had me leaning over the plate for every detail. After hearing his tales of adventure, I was sold on going myself.

I have this wonderful hunting partner in my life, someone I get to call my girlfriend as well.  When I casually mentioned to Ally that Hawaii has some very unique hunting opportunities, she gave me a big smile that said, “I’m in.”

It didn’t take us long to realize Hawaii is a rugged, untamed part of earth. You learn to keep your head down and focus on each step, because the volcanic rock hiding behind every clump of Pili grass will make you feel like you’re learning how to walk again.  At times, it felt like the Missouri Breaks, with bottomless coulees and a vast grassland suited for infinite opportunities.

“SOME OF MY FAVORITE MEMORIES IN BOWHUNTING HAVE BEEN THE FIRST DAYS IN PURSUIT OF A NEW SPECIES.”

Before Hawaii, we didn’t know the first thing about Axis deer, but after the first day’s hunt, we knew we had our work cut out for us.  When you consider the year-round hunting opportunities that Hawaii offers on both public and private land, you can be sure these animals have adapted to survive and even thrive under such pressure. We learned to pray for a heavy wind, as their ears are tuned as well as any lead cow elk I’ve ever seen. To cap it off, they have a nose like a Basset hound. Any approach but dead down wind and you can count on an alerting bark that echoes for what seems like miles.  Ally and I had a lesson on all of these levels on day one.

On the second day of the hunt, we found a group of bucks tucked under a band of rock ledges for a mid-day bed.  A strong onshore wind gave us the opportunity to crawl to a perch 30 yards above them, where it turned into a patience game for the books. After what seemed like days, the buck we were after stood and offered a window of opportunity. A window Ally was able to capitalize on.

In reflection, I’ve realized that some of my favorite memories in bowhunting have been the first days in pursuit of a new species. No previous personal benchmarks, no existing expectations, just a blank slate to build upon. After all, the first experience only happens once.

Sharing this one with Ally is something I’ll never forget. 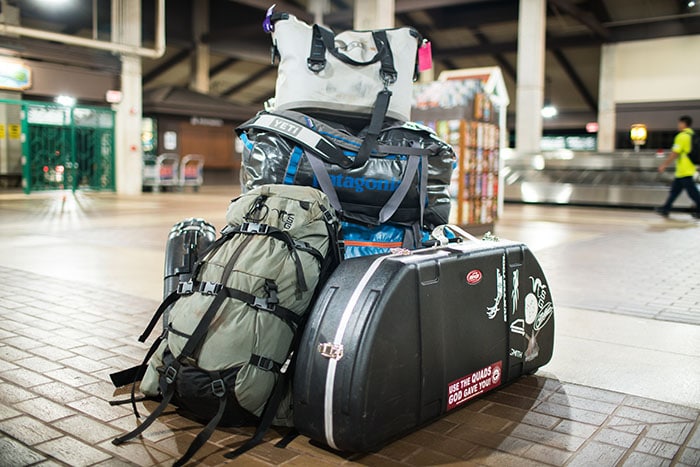 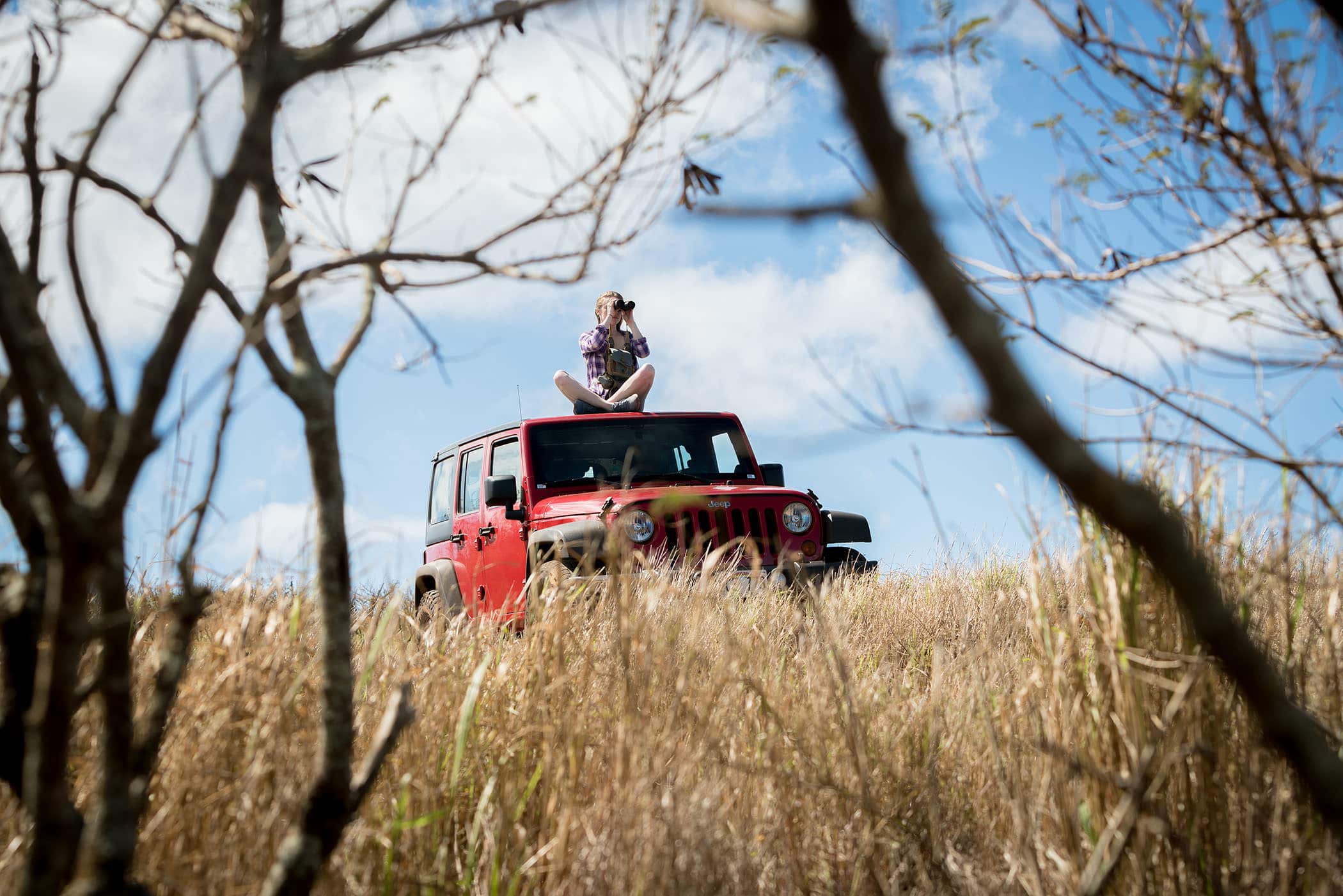 Ally getting the most out of our rental car. 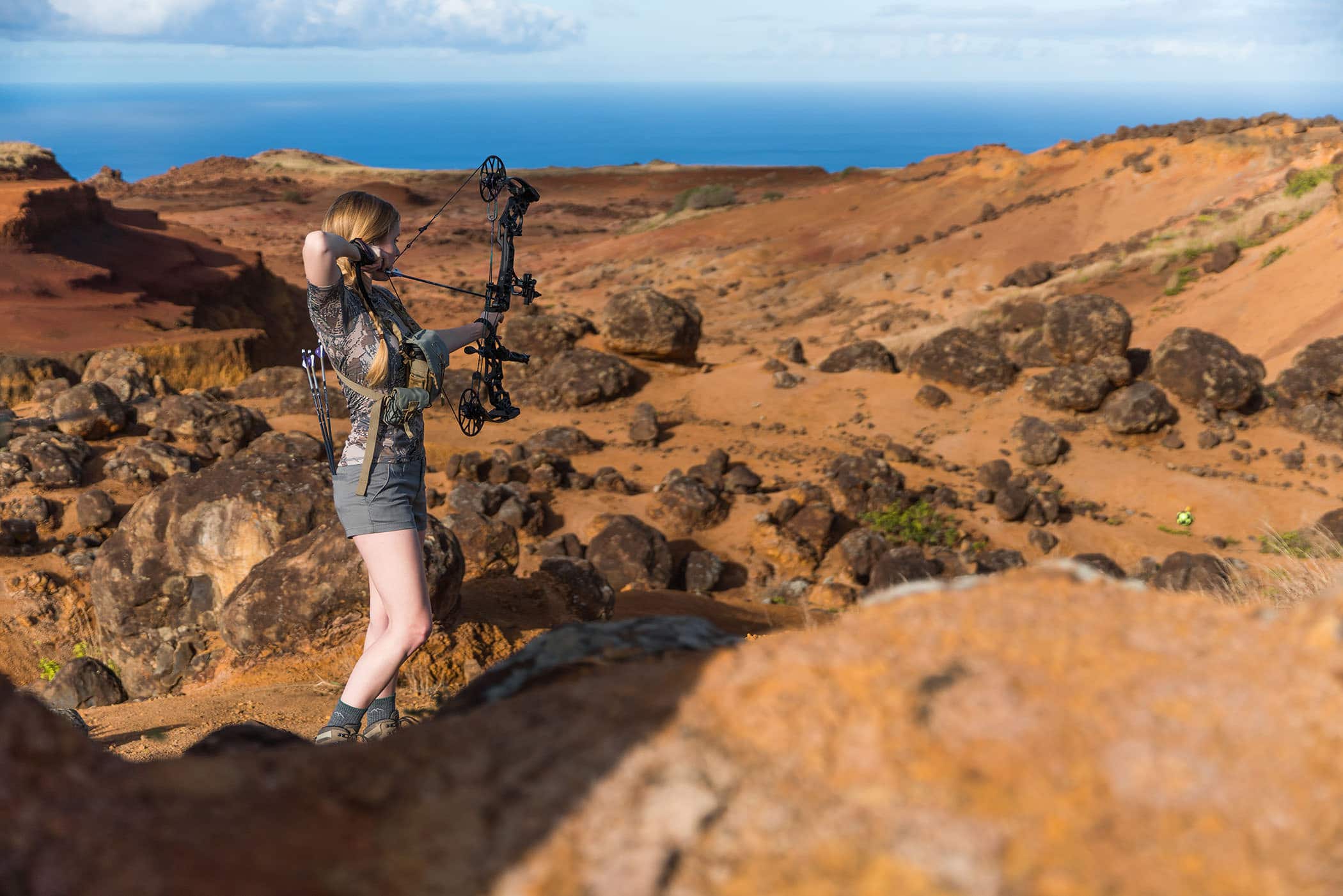 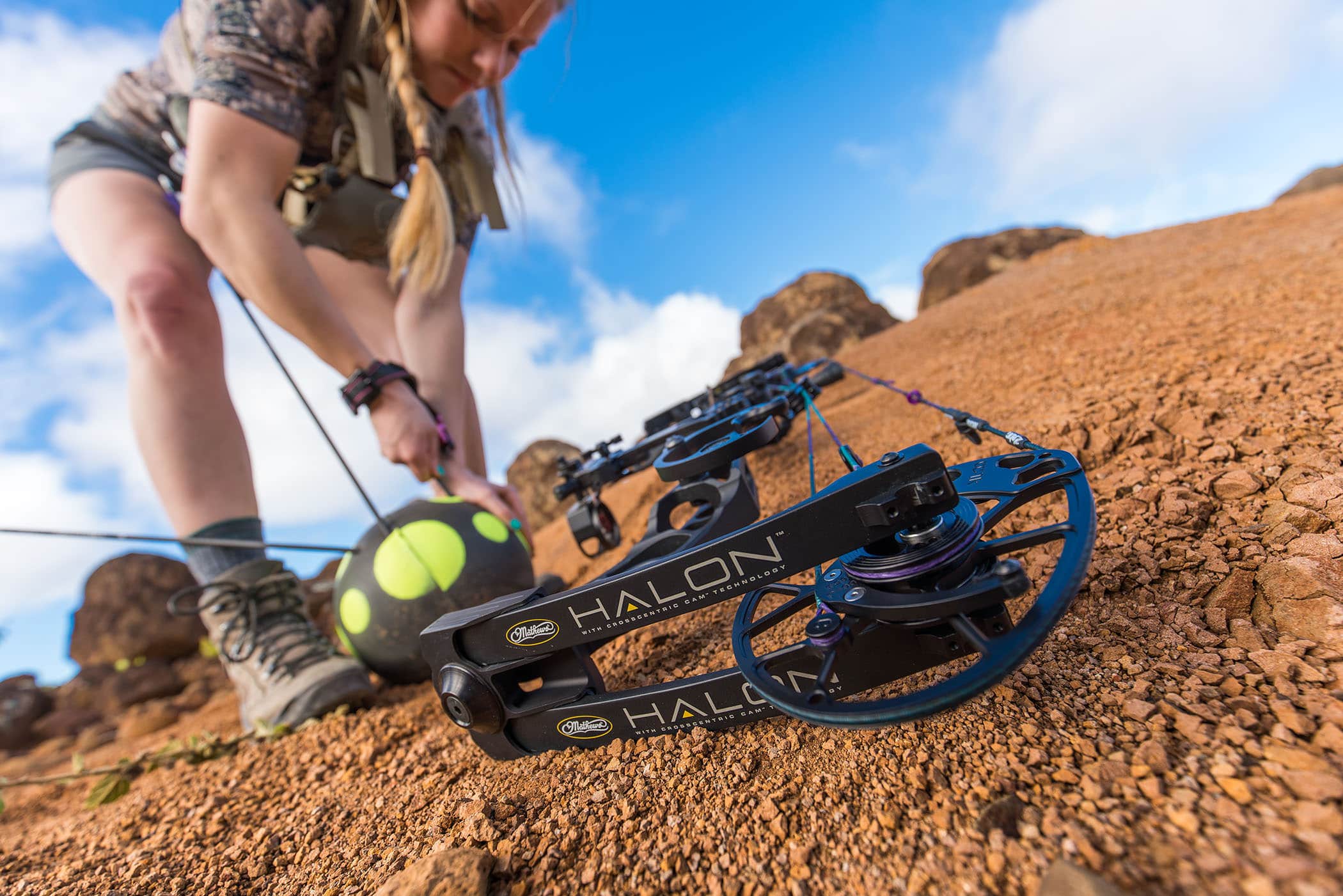 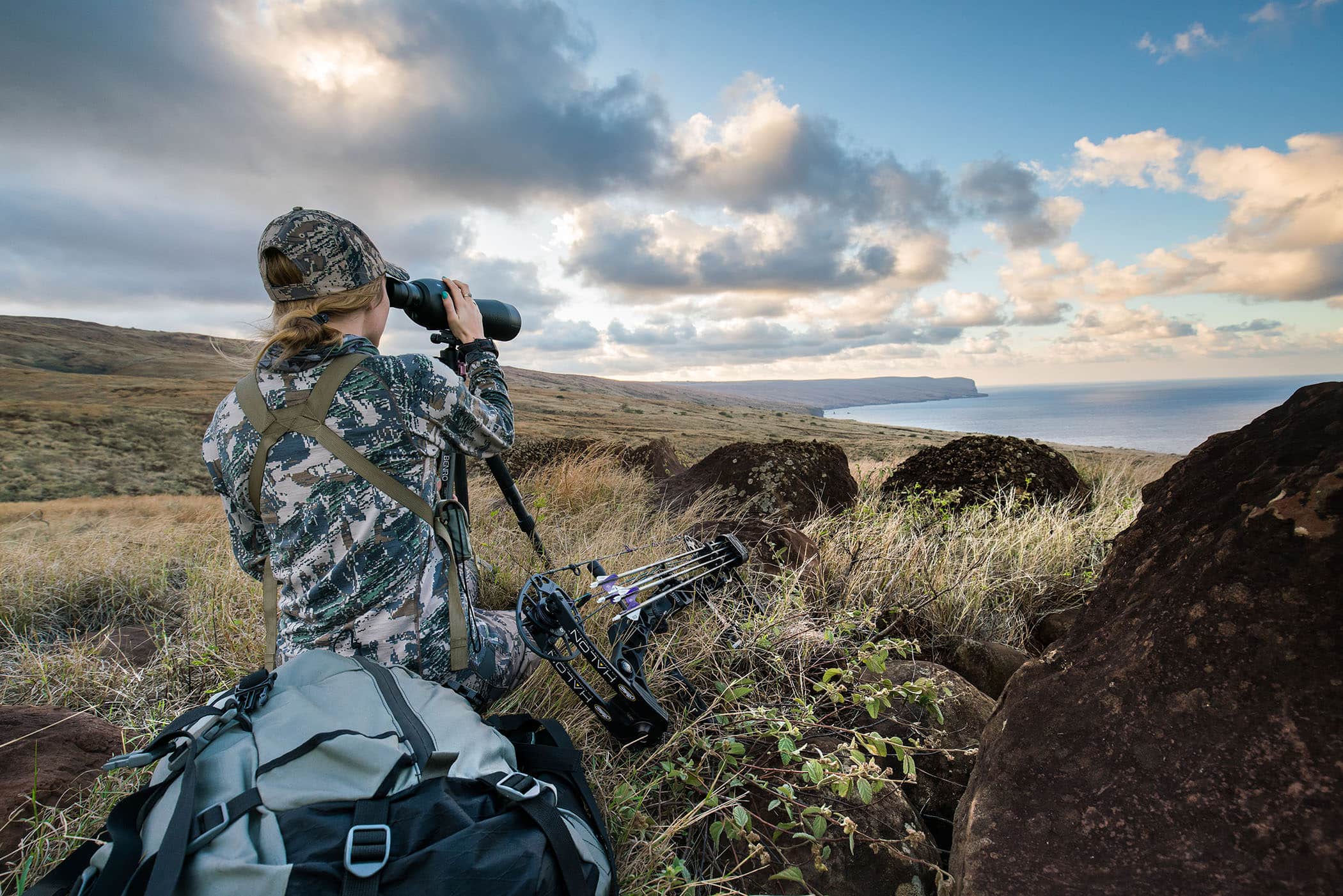 SOME OF MY FAVORITE MEMORIES IN BOWHUNTING HAVE BEEN THE FIRST DAYS IN PURSUIT OF A NEW SPECIES. 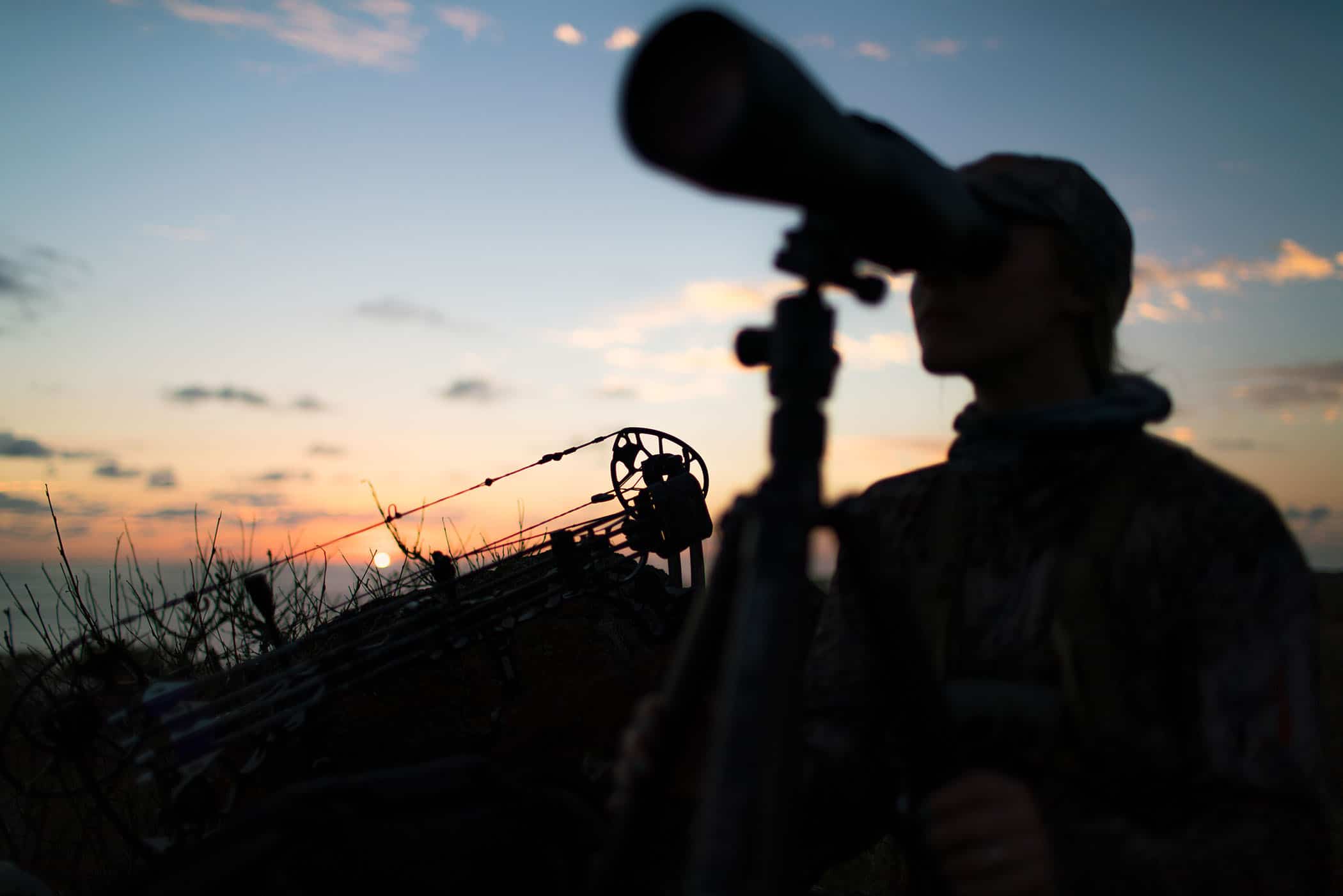 Glassing some oceanside real estate for a new stalk opportunity. 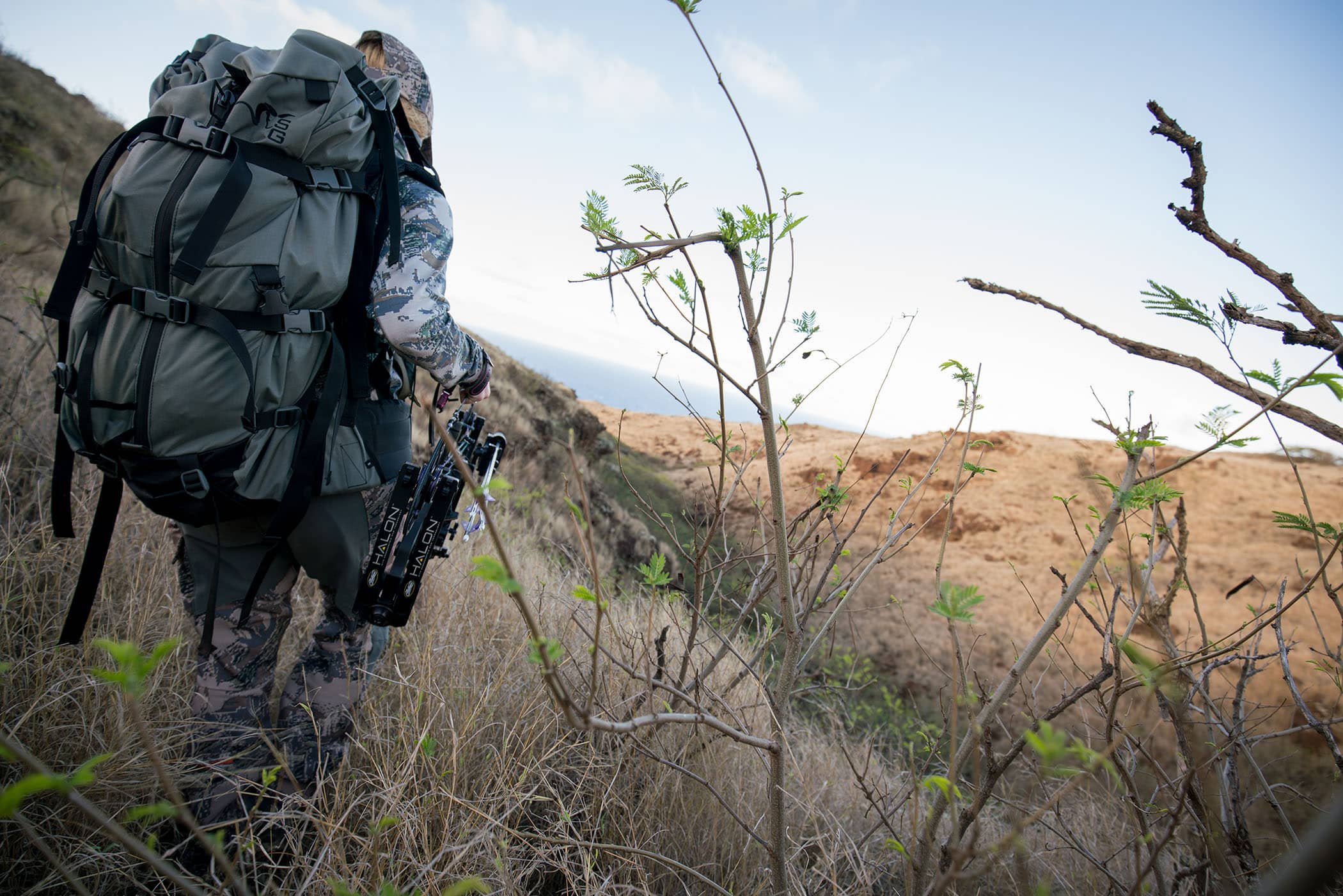 Ally moves into position as the mid-day winds present an opportunity to slip in on a group of bucks. 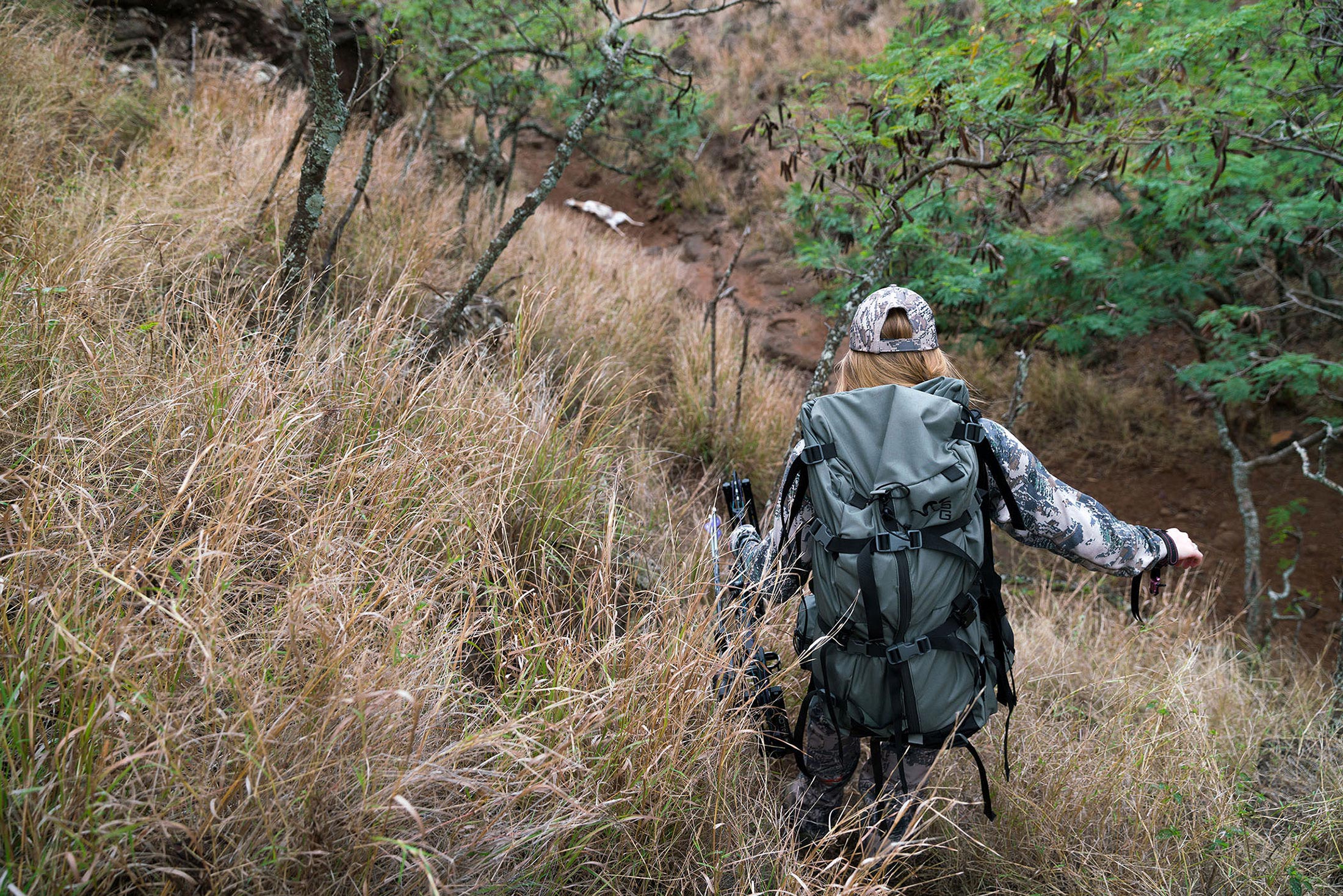 It’s all downhill from here. 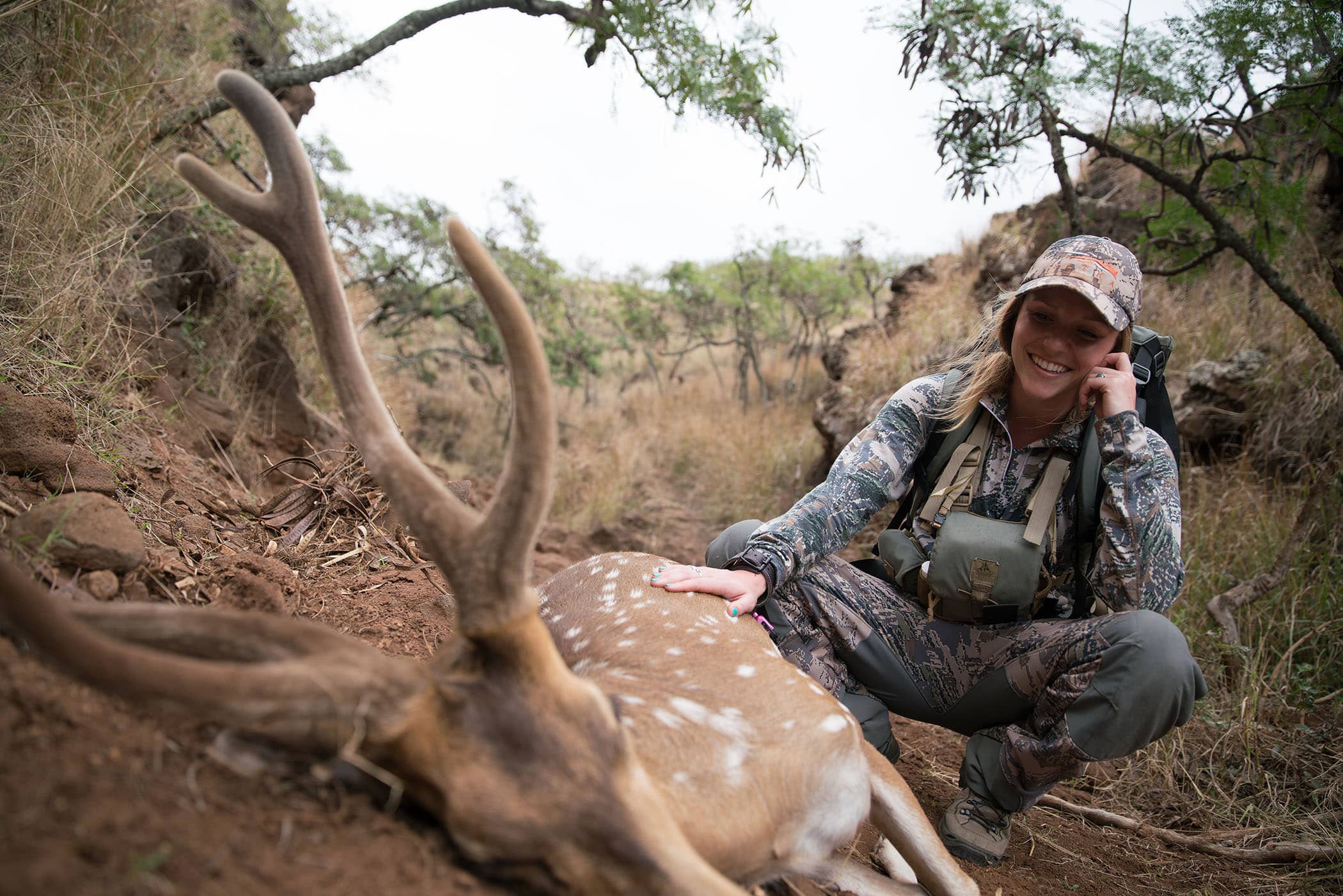 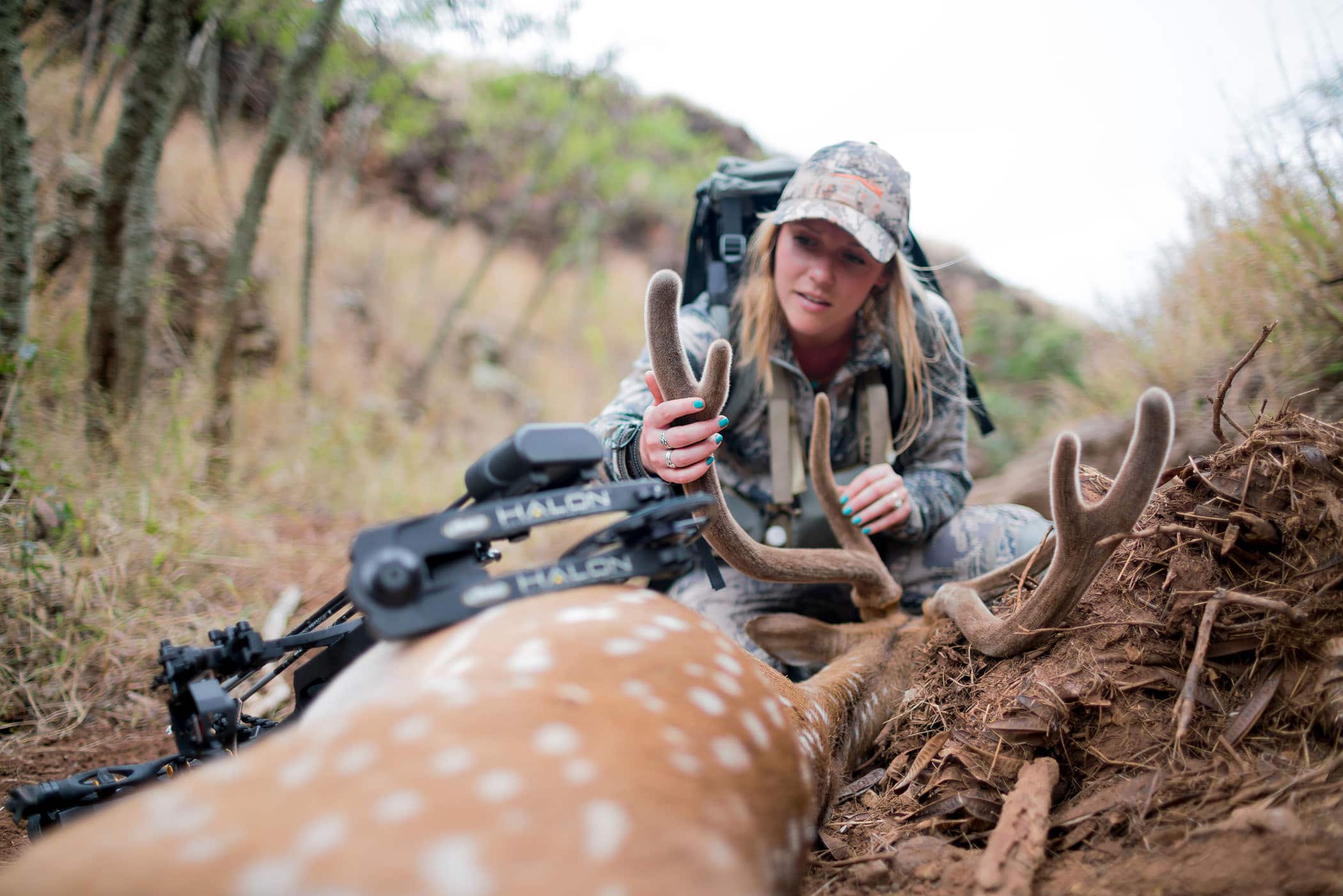 Ally takes a moment to appreciate the intricate details of the animal we traveled overseas to pursue. 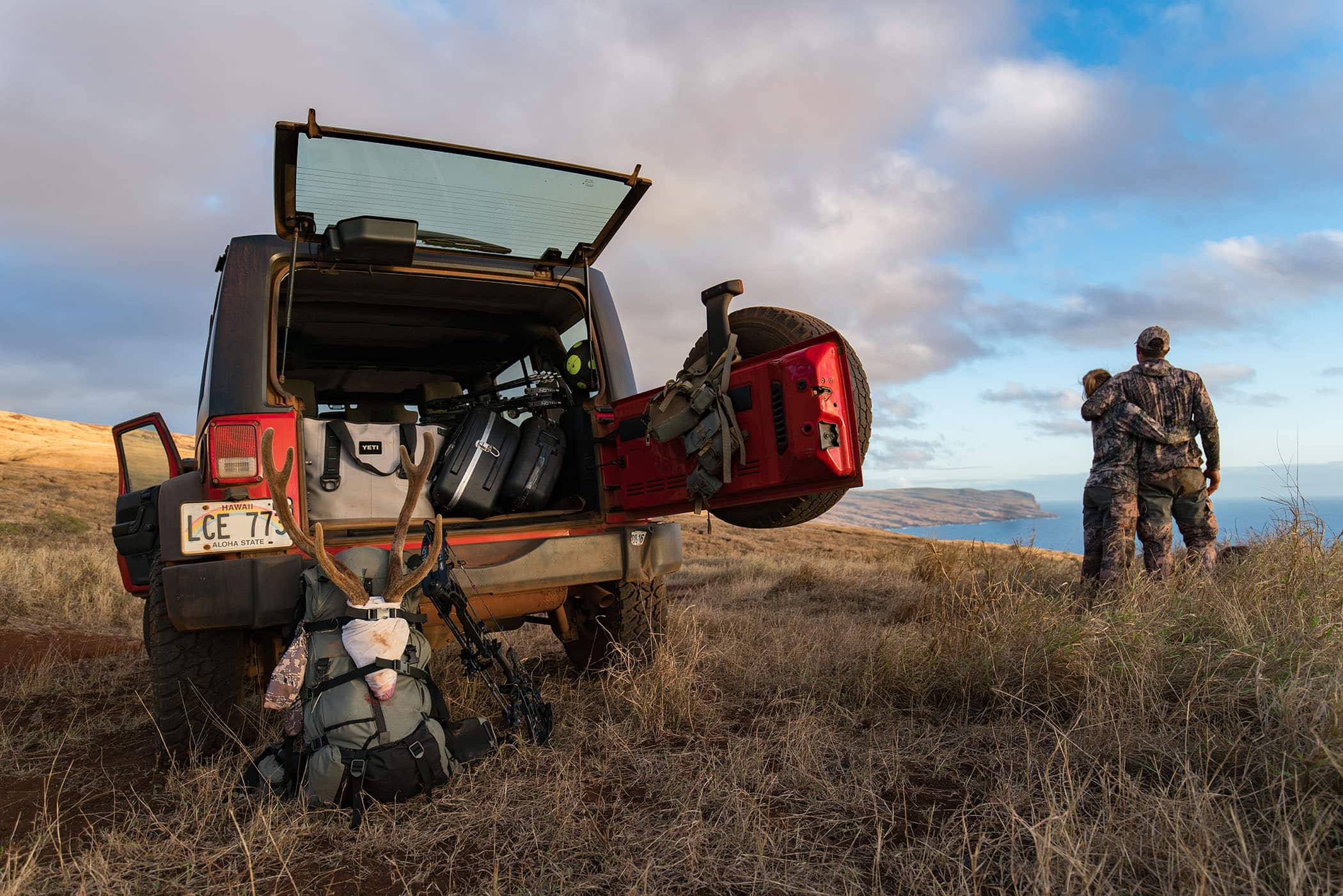 Soaking up the experience. 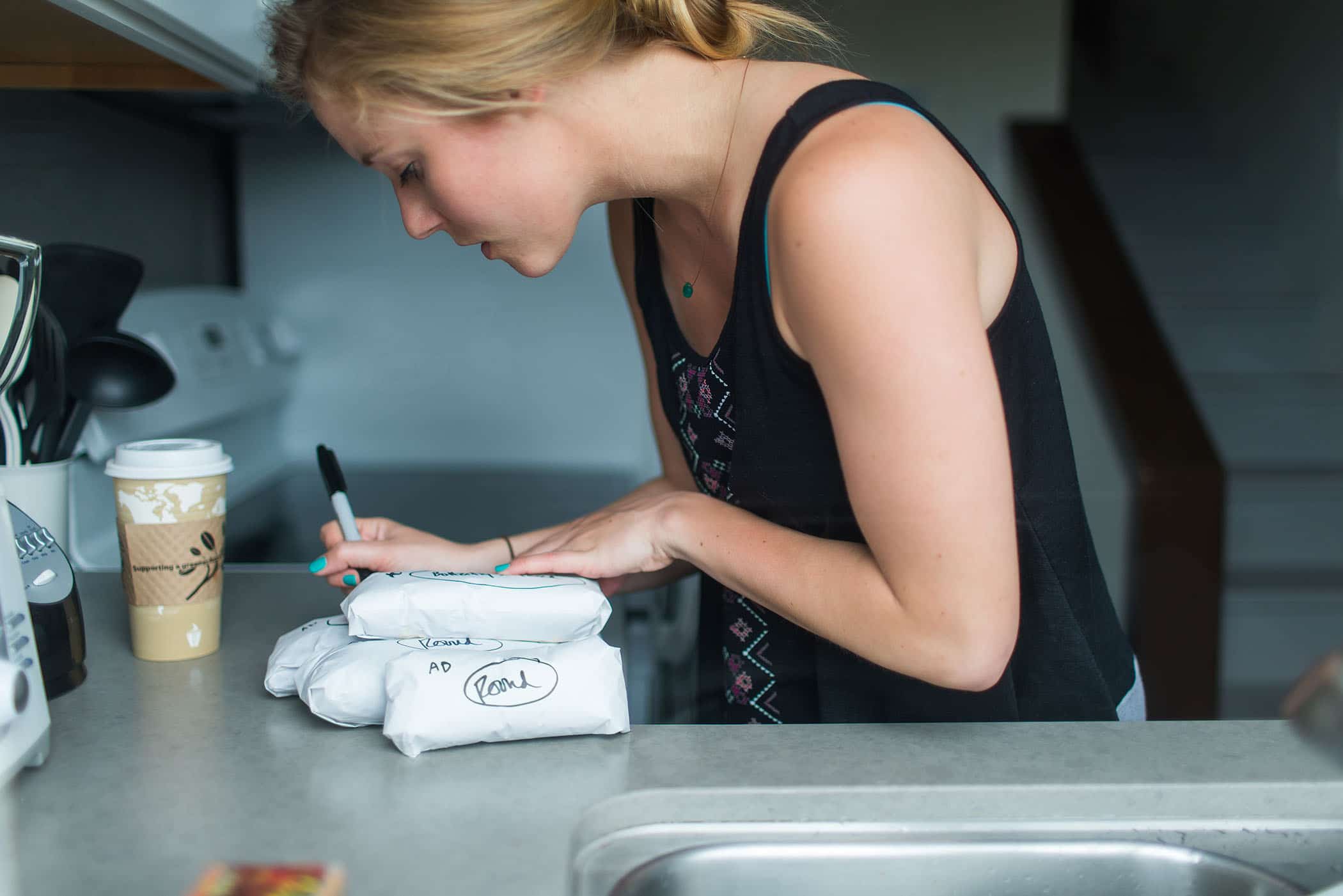 Cut, wrapped, frozen and ready for travel; we finalize our last duties before heading for the mainland. 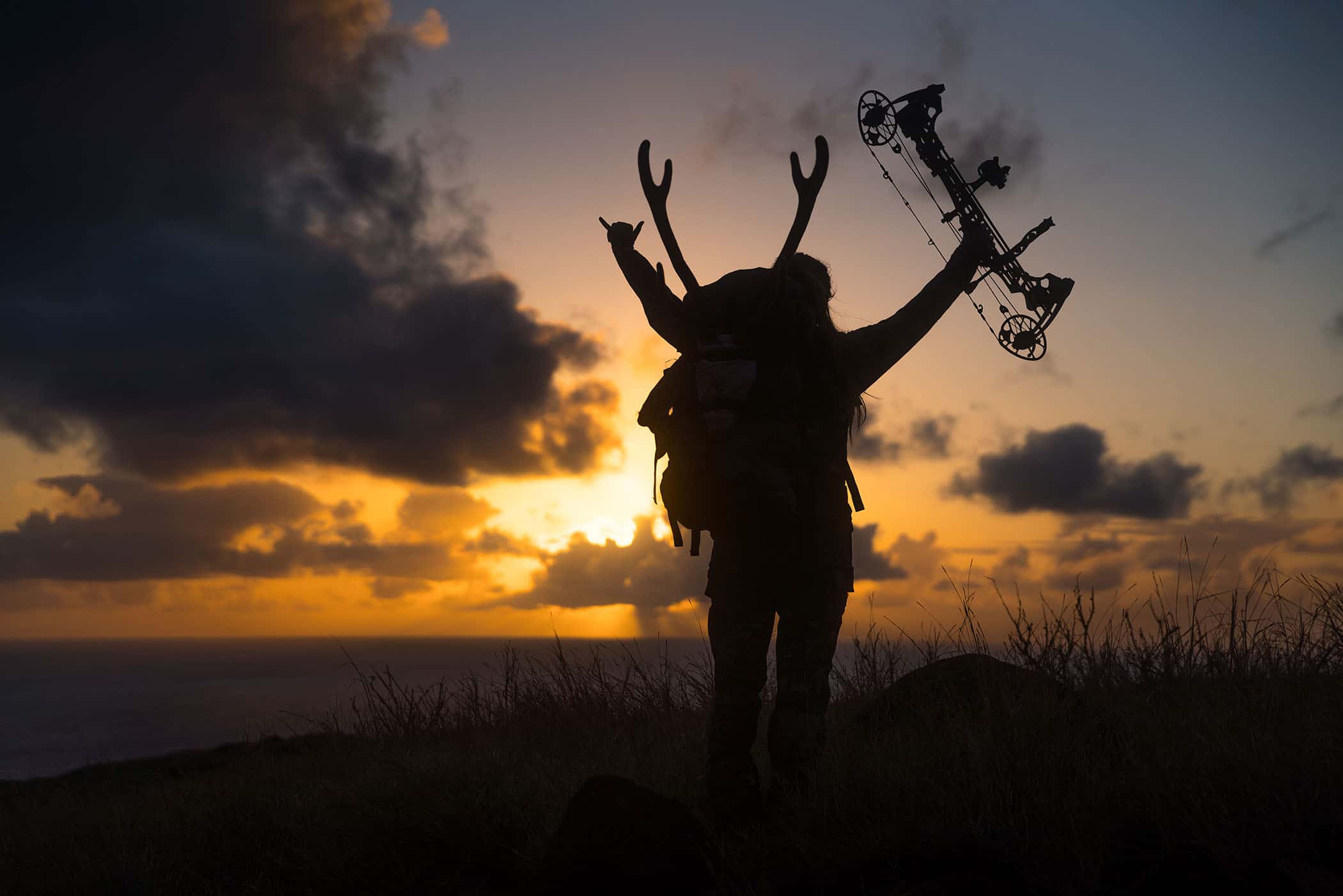 Clearing the last ridge with a pack full of meat, cape and bone. These are the adventures we live for.